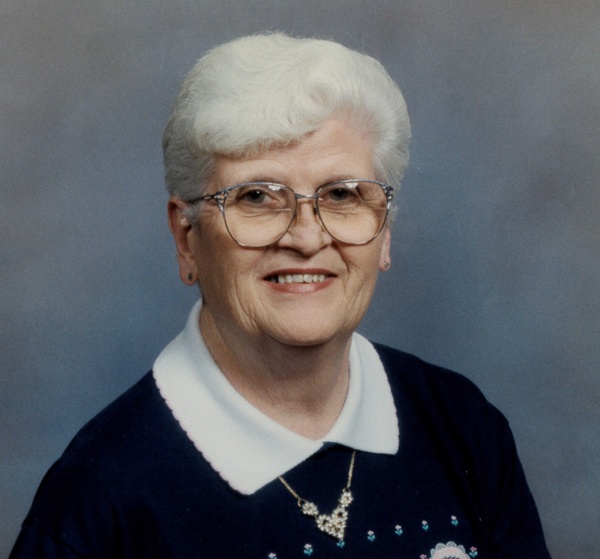 She was born on February 19, 1926 in Riley, the daughter of Michael and Mable (Carter) Phalen.  She grew up and attended Riley schools.

Zadie worked in the Riley County Treasurers Office for 25 years.  She was a member of the First United Methodist Church and was a member of a bowling league in Manhattan.

In addition to her husband Wayne, she was preceded in death by her parents; one brother, Robert Phalen; one sister, Betty Bryson; one step daughter, Barb Davis, and Deni, her beloved Bichon.

Cremation is planned with a private family inurnment in the Riley Cemetery.  The Anderes-Pfeifley Funeral Home is handling the arrangements.

A memorial has been established for the T. Russell Reitz Animal Shelter.  Memorial contributions may be left in care of the Anderes-Pfeifley Funeral Home.

To order memorial trees or send flowers to the family in memory of Zadie Floberg, please visit our flower store.