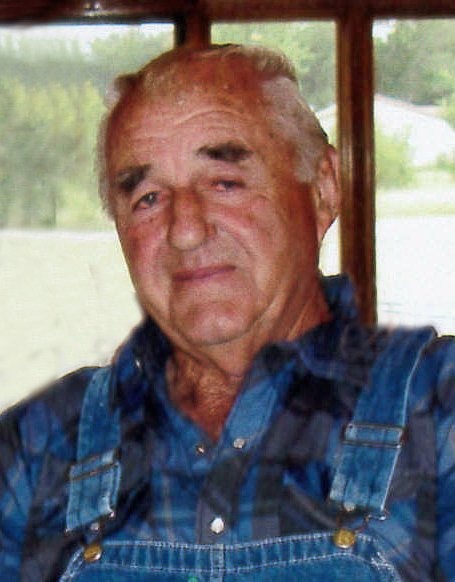 William “Bill” Reuben Peterson, age 84 of Leonardville, passed away Tuesday, November 29, 2016 at the Leonardville Nursing Home. He was born on September 20, 1932 at home in Randolph, the son of Carl Reuben and Mary Louise (Allen) Peterson. He graduated from Leonardville High School and then joined the U.S. Navy in 1951. On April 12, 1953 at the Leonardville EUB Church, he was married to Janet Lagerquist. She survives. He owned Peterson Construction and operated his bulldozers for over 50 years. Bill was a member of the Leonardville United Methodist Church. In addition to his wife, he is survived by one son, Bernie Peterson and wife Dorrene of Leonardville; one daughter, Sharon Tucker and husband Lee of Leonardville; one sister, Jean Olson of Leonardville; six grandchildren and one great grandson. He was preceded in death by his parents; two brothers, Bobby and Danny Peterson and four sisters, Betty Olson, Mary Ruthstrom, Nancy Hugunin and Sara Hagenmaier. Graveside services will be held at 11:00 A.M. Friday, December 2, 2016 at the Leonardville City Cemetery. The family will receive friends from 9:30 A.M. until 10:30 A.M. Friday at the Anderes-Pfeifley Funeral Home in Riley and then will form a procession to the cemetery. A memorial has been established for the Salvation Army. Contributions may be left in care of the Anderes-Pfeifley Funeral Home.
To order memorial trees or send flowers to the family in memory of William "Bill" Reuben Peterson, please visit our flower store.