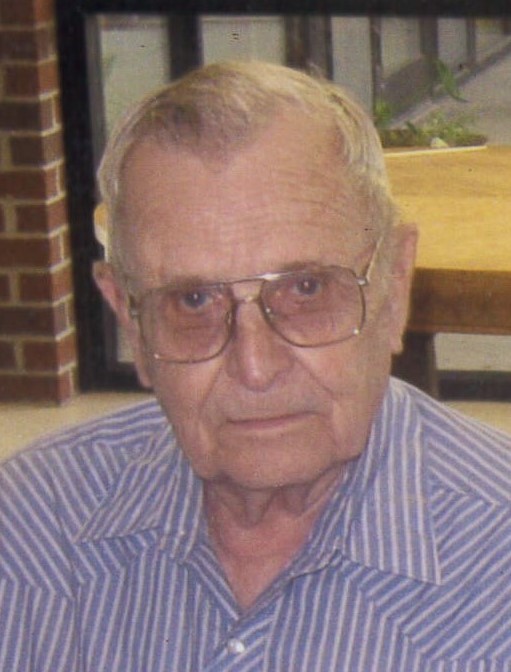 Willard Andrew Johnson, age 99 of Leonardville, passed away Friday, February 18, 2022 at the Leonardville Nursing Home.
He was born on August 30, 1922 in Leonardville, the son of Carl Milton and Mabel A. (Berggren) Johnson.
On May 15, 1947 at the Assaria Lutheran Church, he married Fern Elizabeth Kendall.  She preceded him in death in 2010.
Willard farmed with his father for 25 years, was a partner for three years at a filling station in Paramount, California, was the parts man for Kendall’s Garage and Implement Company in Leonardville and also for Allison Implement in Clay Center.  He later owned Johnson Farm Supply until his retirement.  He was a member of the Walsburg Lutheran Church.
He is survived by numerous nieces and nephews and his special friends, Jean Baker, and Jim and Alice Geisler.
In addition to his wife, he was preceded in death by his parents and two sisters, Lilyan Oman (Willard) and Elma Pfaff (Lyle).
Funeral services will be held at 10:30 a.m. Thursday, February 24, 2022 at the Anderes-Pfeifley Funeral Home with Pastor Kevin Larson officiating.  Respect calls may be made on Wednesday from 9:00 a.m. until 6:00 p.m.  Burial will be in the Leonardville City Cemetery.
A memorial may be made to the Leonardville Nursing Home and left in care of the Anderes-Pfeifley Funeral Home.
To order memorial trees or send flowers to the family in memory of Willard Johnson, please visit our flower store.
Send a Sympathy Card