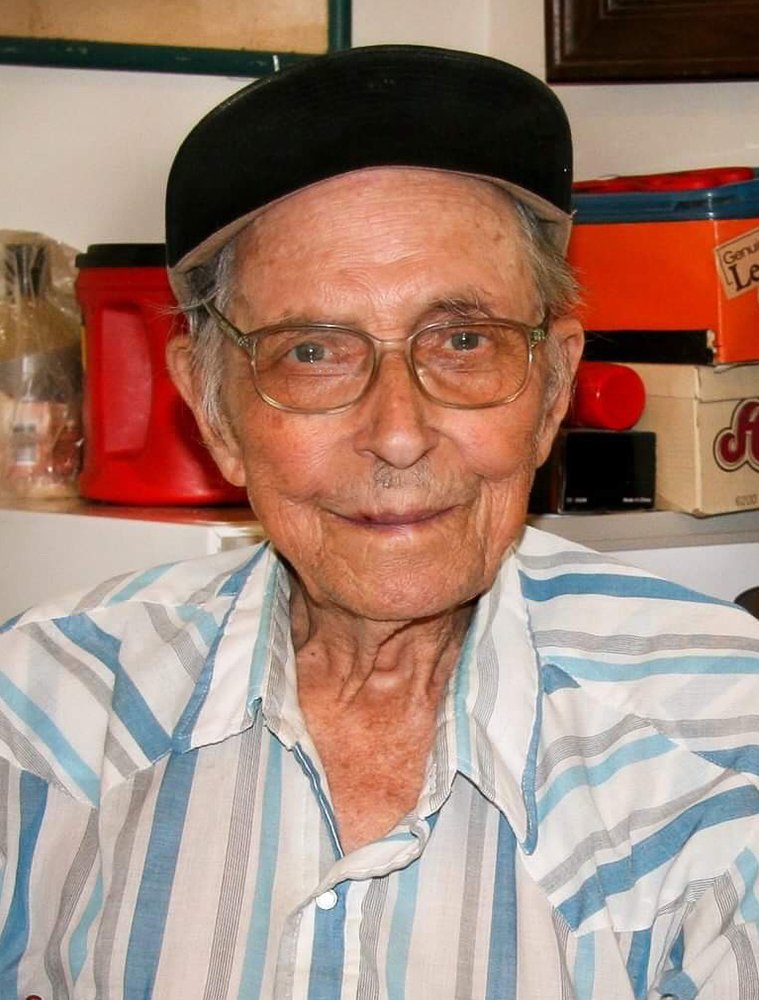 Warren retired from the Kansas Department of Corrections.  During his lifetime, he worked the family farm, delivered ice, worked for the Ford Tractor Company, drove a bus for the Blue Valley School District, and held uncountable side jobs.

The expression “Jack of all trades” definitely held true for Warren as he dabbled in framework, masonry, electrical, plumbing, and just about everything in between. If he had a trade weakness, it might have been his lack of welding knowledge, but only because he did not own one.

He would use a hand saw to cut down a limb, not a chainsaw.  He would use a file to sharpen lawn mower blades, not a grinder.  He would drive a nail with a hammer instead of using a screw and a cordless drill.  He would use hand scissors to trim a bush, not a hedge trimmer.  He would use a hoe to take care of the weeds, not a tiller-cultivator.  He was retired and not in a hurry.  In his later years, perfection was not mastered.  “That’s pretty close” was the norm.  “If someone is looking that close, they don’t need to be here.”

Moreover, he was a pack-rat.  More than once, he said he wished he owned a salvage yard—his family can only imagine.  If someone told Warren that he or she was working on something and needed to run to the store for more stuff, Warren would say, “I have one of those.”  It might take him two minutes, two hours, or two days to find it, but he would have one.

In addition to his wife, he was preceded in death by his parents, one son, Lonnie Hedke; one grandson, Anthony Hedke; his brother, Marvin Hedke and his sister, Lela Sroufe.

Memorial services will be held at 1:00 p.m. on November 17, 2018 at the Paxico United Methodist Church and a private family inurnment will be in the Randolph Fancy Creek Cemetery.

To order memorial trees or send flowers to the family in memory of Warren Hedke, please visit our flower store.