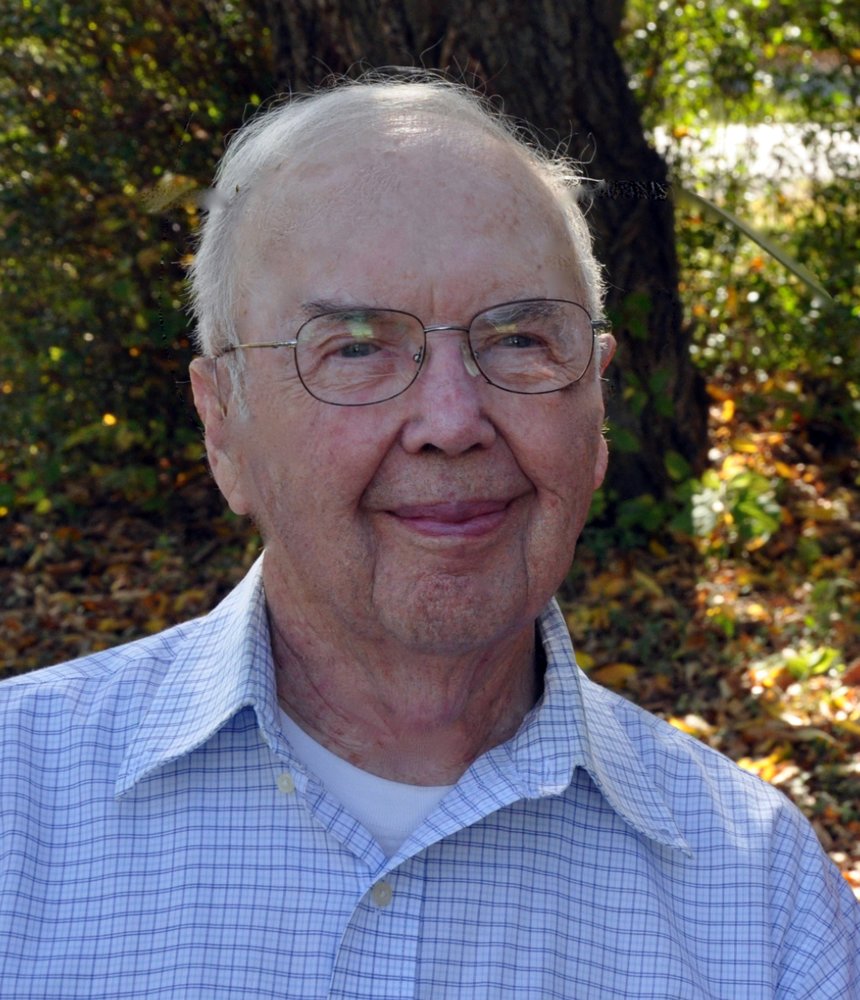 Warren Maxwell Ford, age 101 of Leonardville, passed away Tuesday, May 12, 2020 at his residence. He was born on July 31, 1918 at the Maxwell family farm, 3 miles west of Leonardville, the son of Warren E. and Cora E. (Maxwell) Ford. He graduated from Leonardville Rural High School in 1935. He fondly remembered, as a young boy, walking across pastures to Walnut Creek with his brother Donald and boyhood friends, fishing and swimming on the “Oman” place among others. In high school, he worked at the Co-op filling station and helped his father truck cattle to the Kansas City stockyards. He remembered one afternoon in the early ‘30s when the temperature at the filling station reached 116 degrees in the shade. Warren entered the service in 1942, serving as a cryptographer in Army bases stateside and later in the Army Air Force. He was called up again during the Korean War, serving in the Air Force. On October 11, 1951 he married Dolores Mariam Bletscher, the love of his life, at the Evangelical United Brethern Church in Leonardville. They enjoyed 61 years of marriage. Warren was Vice-President of the Leonardville State Bank, where he worked for 35 years before retiring in 1983. He loved the Leonardville community and was a fount of knowledge regarding the people who lived in and around the community. It seemed there was almost no one that he did not know or know of. He enjoyed many things, among them photography, gardening, reading, music, amateur (HAM) radio, and golf. He fondly remembered playing golf with Axel Miller, Doc Hurley, and others. He was a founding member and shareholder of the Leonardville Golf Course, helping to scratch the course out of open pasture. In his retirement, he especially enjoyed taking trips with Dolores and seeing many places he had read about. Warren was an active member of the Military Auxiliary Radio System (MARS) and spent many hours talking with fellow HAM operators around the world. He served as a member of the Riley County USD school board, was a member of the Leonardville United Methodist Church, a member of the Leonardville Lions Club and Leonardville Masons, and was a member of Leonardville American Legion Post 40 for 70 years. He was also a member of the Retired and Senior Volunteer Program of Riley County for 27 years, and mayor of Leonardville for several years. He enjoyed participating in weekly sing-alongs at the Leonardville Nursing Home and was a member of Leonardville Senior Citizens, greatly enjoying the weekly dinners at the City building and the opportunity to talk with his fellow seniors. Warren was a loving husband, father, and grandfather, treasuring family above all else. He was preceded in death by his wife, Dolores Ford; his parents, Warren and Cora Ford; his son Alan Ford and two brothers, Donald Ford and John Leland Ford. He is survived by his daughter Beth Ratcliffe and husband Frederick of New York, New York; son Stephen Ford, wife Tammy and their son Chase of Norwich, Kansas; Alan’s wife Kathy Ford and children, Spencer and Haley, of Topeka, Kansas. He will be greatly missed. Respect calls may be made from 12:00 p.m. unti 5:00 p.m. Sunday, May 17, 2020 at the Anderes-Pfeifley Funeral Home. Graveside services will be held at 2:00 p.m. Monday, May 18, 2020 at the Leonardville City Cemetery with Pastor Sandy Ferguson officiating. Memorials have been established for the Leonardville United Methodist Church and the Leonardville Senior Citizens. Memorial contributions may be left in care of the Anderes-Pfeifley Funeral Home.
To order memorial trees or send flowers to the family in memory of Warren Ford, please visit our flower store.