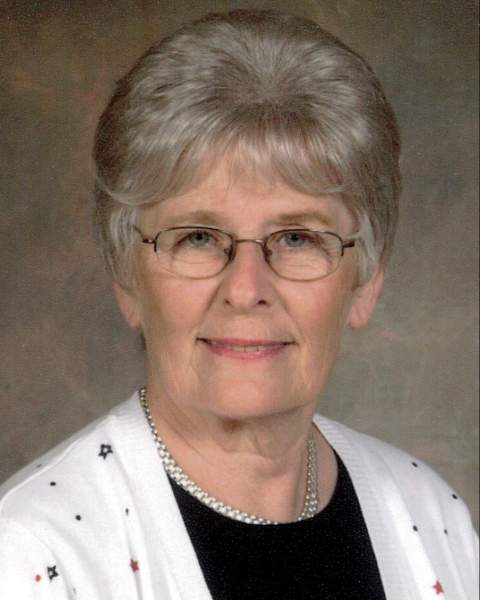 She was born September 12, 1937, at Blue Rapids the daughter of Paul and Ruth (Wheat) Miller.  Virginia grew up on the family farm north of Blue Rapids and graduated with the class of 1956 from Blue Rapids High School.  She married Harold E. Sutton on August 26, 1956.  In 1970 she started working at the State Bank of Blue Rapids, retiring in 2000.

She loved to sew and make crafts, working in her garden and was a huge sports fan.  She loved following her kids and grandkids to their games.  She was also a big Valley Heights and K-State Fan.  She has been a season ticket holder for K-State Football since 1987.

She also loved being with her family.  It was tradition to gather at Harold and Virginia’s home for Thanksgiving and Christmas where she loved preparing their favorite foods, especially pies.  She made sure everyone got their favorite.

Preceding Virginia in death were her parents, a daughter Carla and a brother Howard Miller and his wife Helen.

Visitation will be held between 6:30 and 8:00 pm, on Thursday, at Christie-Anderes Funeral Home in Waterville.

Funeral services are at 2:00 pm, Friday, November 11, 2022, at the Blue Rapids United Methodist Church with Pastor Berniece Ludlum officiating.  Althea Wertz will be the musician.  Recorded music will include Wind Beneath My Wings and See You Again.  Casket Bearers are: Doug Griffitt, Nicholas Gordon, Alex Gordon, Chris Smith, Jordan Chamberlain and Clifford Miller.  Burial is at Prospect Hill Cemetery, north of Blue Rapids.

Memorials are suggested to the Blue Rapids United Methodist Church and may be sent in care of Christie-Anderes Funeral Home at PO Box 61, Waterville, Kansas 66548.

To order memorial trees or send flowers to the family in memory of Virginia V. Sutton, please visit our flower store.