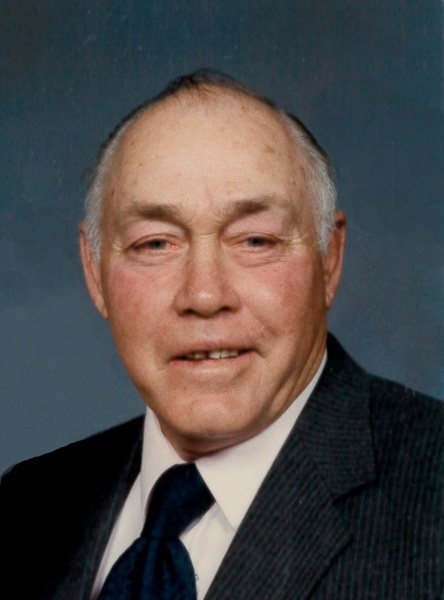 He was born on October 20, 1921 near Lasita, the son of Enoch LaMontegue and Maude Ellen (Wickstrum) Rundquist.  He graduated from Clay Center High School

Veryl married Dorthy Fay Lindstrom on June 26, 1944 at her family’s home.  They celebrated 71 years of marriage.  She preceded him in death on September 13, 2015.  They were the parents of Mary Kathryn, David Alan, Donald Roger, Steven Dale and Dorrene Annette.

He farmed north of Green and did carpentry work.  He was a 100 year member of the Alert Covenant Church, serving on many boards and committees during those years.  Veryl was a man of strong faith in God and made it his priority to read his Bible daily.  He enjoyed singing very much and will be remembered for his beautiful bass voice, even up to his last years.  He was blessed to sing with his two sons, and son-in-law and later with his grandson and great grandson.  He was in two male quartets and a member of the Clay Center Silvertones.  He liked and played all sports, especially slow pitch softball and golf.  Hunting and fishing were joys in his life and his later years, playing games and cards at the Clay Center Senior Center.  He most loved spending time with his family.

Funeral services will be held at 10:30 A.M. Monday, March 14, 2022 at the Alert Covenant Church with Pastor Dwight Diller and Kevin Larson officiating.  The family will receive friends from 3:00 until 5:00 p.m. Sunday at the Anderes-Pfeifley Funeral Home.  Burial will be in the Pleasant Hill Cemetery.

Memorial contributions may be made to the Alert Covenant Church in care of the Anderes-Pfeifley Funeral Home in Riley.

To order memorial trees or send flowers to the family in memory of Veryl Rundquist, please visit our flower store.