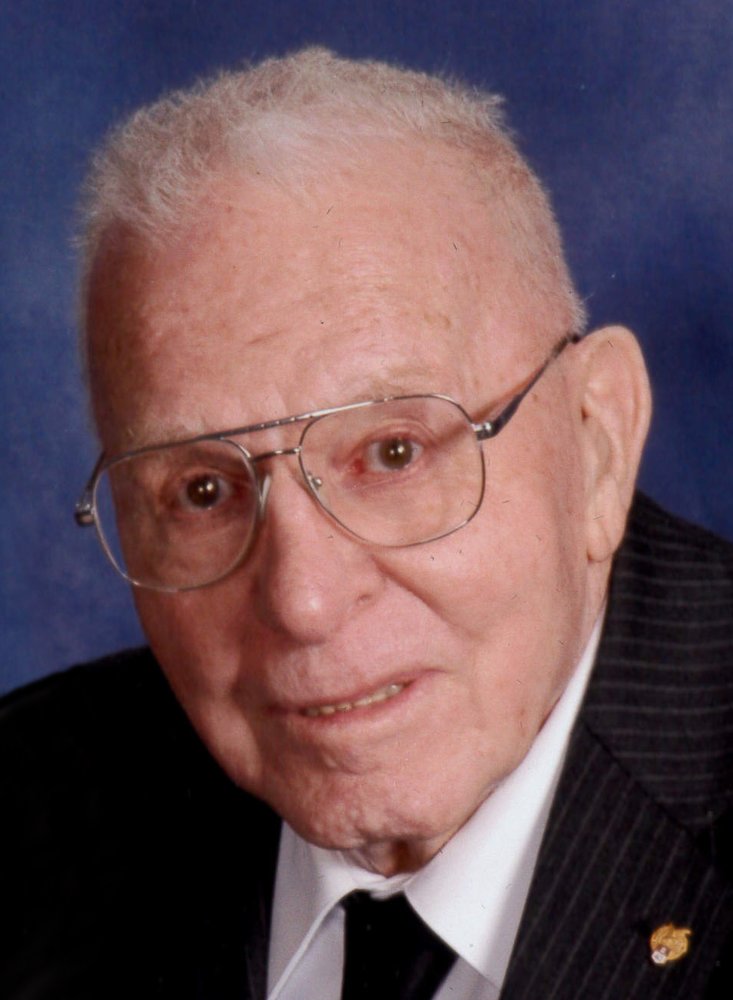 He was born on October 29, 1923, the son of Daniel David and Lena Betty (Bletscher) Llewelyn.  He was raised on a farm in the Bala community and graduated from Leonardville High School in 1943.

Vaughan worked on the farm with his father until 1952.  He then worked for Sears Roebucck & Co. as service man until he was offered a job with an implement dealer in the same line of work.  He was a firefighter in Junction City before transferring to Fort Riley Department where he was a firefighter, dispatcher and inspector.  He transferred to other civil servant positions at Fort Riley until 1987 when he retired as a Locksmith due to his health. Vaughan was awarded the Employee of the Month Award in January 1985.  He then worked for Junction City transit driving school buses and retired from there in 1998.

He enjoyed woodworking and collecting scale model antique tractors.  He built cedar chests for all his children, grandchildren and four of his great grandchildren.  Vaughan was a member of the Clay Center Christian Church, NARF and the Eagle’s Lodge.

In addition to his wife, he was preceded in death by his parents; two brothers, Royal and Bill Llewelyn and one son-in-law, Larry Scott.

Funeral services will be held at 1:00 p.m. Wednesday, December 11, 2019 at the Anderes-Pfeifley Funeral Home with Pastor Maria Foerschler officiating.  The family will receive friends from 6:00 until 8:00 p.m. Tuesday.  Burial will be in the Bala Cemetery.

A memorial has been established for the Morrison House in Salina.  Contributions may be left in care of the Anderes-Pfeifley Funeral Home.

To order memorial trees or send flowers to the family in memory of Vaughan Llewelyn, please visit our flower store.
Send a Sympathy Card