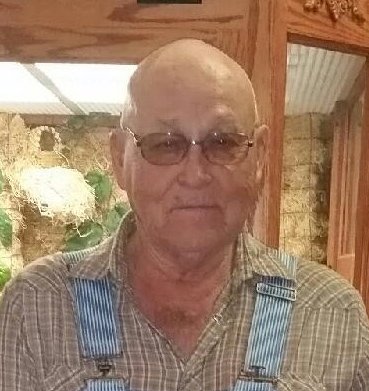 Vance Richter, age 84 of Green, passed away Friday, December 30, 2016 at the Via Christi Hospital in Manhattan. He was born on the family farm at rural Mayday on October 28, 1932, the son of Elmer Lawrence and Gladys Dorothy (Anderson) Richter. He graduated from Green High School in 1950. On October 12, 1956 he was married to Andrea Caroline Green at her parent’s home in Idana. She preceeded him in death on July 25, 2015. Vance was a farmer and lived within one mile from his birthplace his entire life except for when he served in the Korean War. He enjoyed collecting antiques, especially cast iron toys and local memorabilia. Vance and Andrea were proud to have lived on the same property and have the same mail box for their entire married lives. They were known by their grandchildren as Grandma and Grandpa Farm. They loved when all of the family was together at the farm. He is survived by two daughters, Lori Richter of Topeka and Terri Moses and David of Wichita; one son, Brian Richter and Diana of Emmett; two brothers, Neil Richter of Green and Glen Richter and Betty of Lakin; two sisters, Nola Duncan and Ed of Wamego and Twila Branfort and Ron of Milford; six grandchildren, Sean and Derek McAlister, Andrew and Aaron Moses and Justin and Adam Richter; two step grandchildren, Dustin Siegle and Dana Oxford and seven great grandchildren. Respect calls may be made anytime Monday at the Anderes-Pfeifley Funeral Home in Riley. The family will receive friends from 7 until 8:00 P.M. Monday. Funeral services will be held at 10:30 A.M., Tuesday, January 3, 2017 at the Idana Presbyterian Church in Idana with Mark Green officiating. There will be a luncheon immediately following the funeral service at the church. Burial will be at 2:00 P.M., Tuesday in the Mayday Cemetery. Memorials have been established for Mayday Cemetery and Idana Presbyterian Church. Contributions may be left in care of the Anderes-Pfeifley Funeral Home in Riley.
To order memorial trees or send flowers to the family in memory of Vance Richter, please visit our flower store.
Send a Sympathy Card