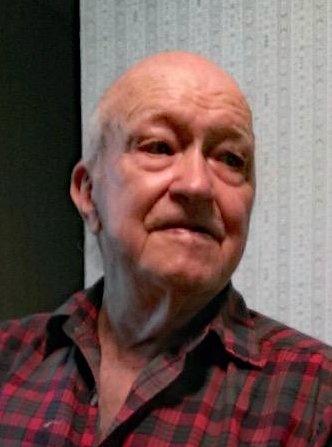 He was born on February 13, 1930 in Randolph, the son of Oscar Emanuel and Anna Edna (Daniels) Burgman.  He graduated from Randolph High School in 1948.

On May 16, 1964 in Marysville, he was married to Kathleen Maxine Meyer.  She preceded him in death in 1990. Ferd served in the U.S. Army after high school and hitchhiked across the country two or three times during those years.  After his military service, he worked at the meat locker in Randolph and then the City of Manhattan in the water department as a meter reader from 1965 until 1991.  He enjoyed watching birds, gardening and working in the yard.

In addition to his wife, he was preceded in death by two brothers, John and Harold Burgman and three sisters, Delores Gillespie, JoAnn Fluharty and Shirley Duensing.

He is survived by one brother, Leo Burgman of Leonardville; three sisters, Judy Springer of Hanover, Sharon Harding of Leonardville and Sandra Rightmeier of Randolph and many nieces and nephews.

Graveside services with Military Honors will be held at 10:30 a.m. Friday, April 20, 2018 at the Riley Cemetery with Pastor Kevin Larson officiating.  The family will receive friends from 7:00 until 8:00 p.m. Thursday at the Anderes-Pfeifley Funeral Home.

To order memorial trees or send flowers to the family in memory of Val "Ferd" Burgman, please visit our flower store.