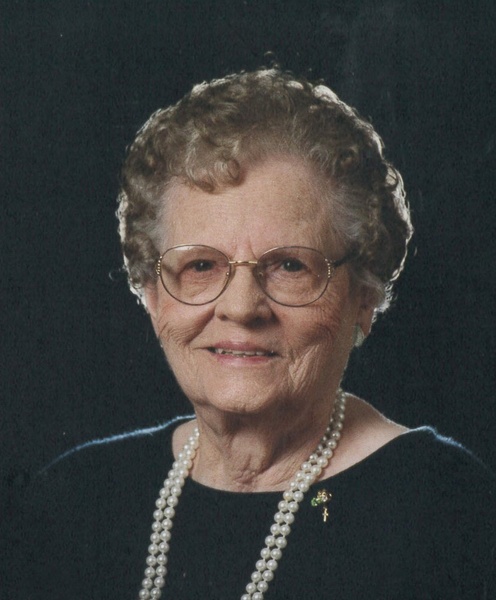 She was born on August 8, 1912, at Bala, the daughter of Bart and Nellie (Goodin) Coutermarsh. Una attended Olive Hill Grade School, Leonardville High School and several summers at Kansas State.  She taught school for several terms, worked for the Post Exchange at Fort Riley and the Leonardville Nursing Home.  She also worked for one summer at Yellowstone National Park.

Una was a member of the Countryside United Methodist Church, taught children’s Sunday school and attended the Leonardville Morning Bible Study for many years.

She is survived by one son, Wayne Weller and Marylyn of Clay Center; one daughter, Unita Hendrickson of Omaha, Nebraska; one brother, Bart Coutermarsh and Norma of Leonardville; a daughter-in-law, Coleen Weller of Clay Center; seven grandchildren and 18 great grandchildren.

In addition to her husband, she was preceded in death by one son, Darrel Weller; one brother, Laurence Coutermarsh; two sisters, Emma Bohnenblust and LaFern Mays; one granddaughter, Brenda Hageberg and a son-in-law, Larry Hendrickson.

Funeral services will be held at 2:30 p.m. Wednesday, December 20, 2017 at the Leonardville United Methodist Church with Pastors Sarah Gill and Joohyang Kim officiating.   A luncheon will start at 1:00 p.m. before the funeral at the church.  There will be a visitation with the family present from 7:00 until 8:00 p.m. Tuesday at the Anderes-Pfeifley Funeral Home.  Burial will in the Leonardville United Methodist Cemetery.

To order memorial trees or send flowers to the family in memory of Una Weller, please visit our flower store.