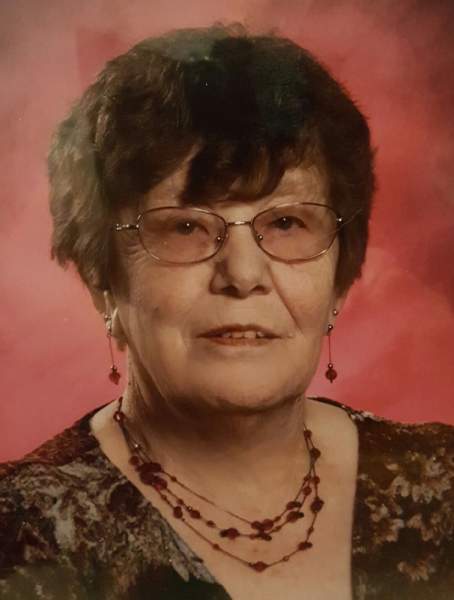 Theresia Hagenmaier, age 79 of Manhattan, passed away Friday, September 2, 2016 at the Good Shepherd Hospice House. She was born on October 11, 1936 in Alt Parisau, Czechoslovakia, the daughter of Karl and Barbara (Wisner) Schmied. On August 31, 1973, she was married to Bob Hagenmaier. He preceded her in death in 2003. Theresia was a cook at Possie’s Place for over 30 years. She was a member of the Walsburg Lutheran Church. She is survived by four daughters, Siegrid Sloan of Manhattan, Elaine Coach of Peabody, Lori Anderson and Jay of Clay Center and Shelly Mugler and Marvin of Clay Center; two sons, Robert Hagenmaier and Melinda of Randolph and Dennis Hagenmaier of Leonardville; one sister, Maryann Deck and Klaus; nine grandchildren, eight great grandchildren and many other family members here and in Germany. In addition to her husband, she was preceded in death by her brother Karl Schmied and her granddaughter, Nicole Sloan. Funeral services were held on September 7, 2016 at the Anderes-Pfeifley Funeral Home with Rev. Keith Wiens and Pastor Kevin Larson officiating. Pallbearers were Travis Sloan, Luke Sloan, Christopher Parish, Tyler Anderson, Zach Anderson and Dakota Hagenmaier. Burial was in Randolph Fancy Creek Cemetery. Memorials have been established for Walsburg Lutheran Church and Good Shepherd Hospice House. Contributions may be left in care of the Anderes-Pfeifley Funeral Home.
To order memorial trees or send flowers to the family in memory of Theresia Hagenmaier, please visit our flower store.