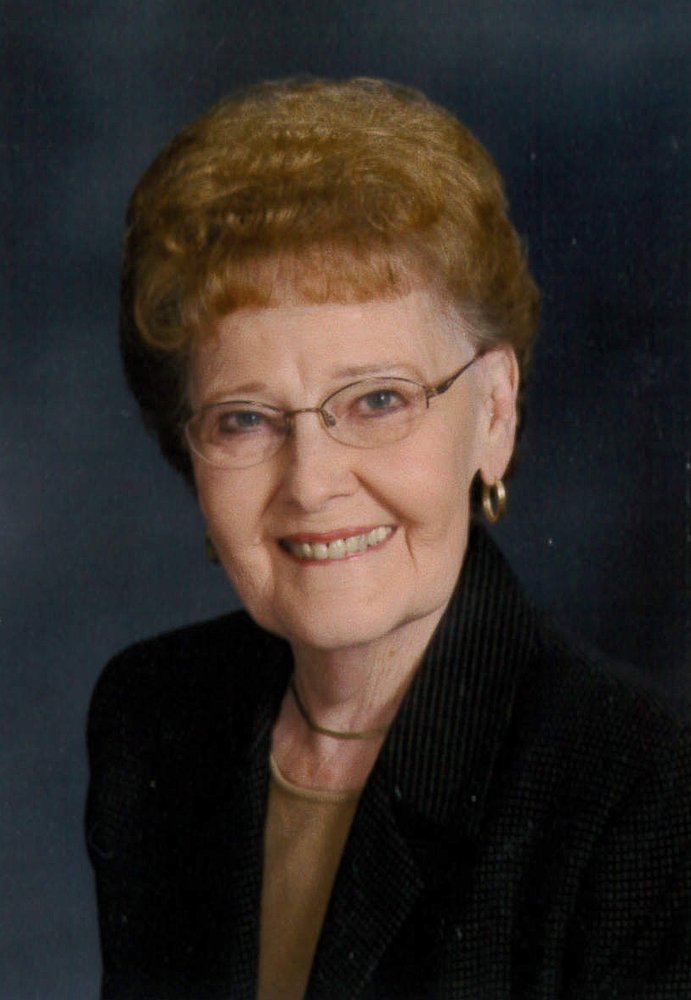 Shirley Jo Stadel, age 88 of Riley, passed away Sunday, March 15, 2020. She was born September 25, 1931 at the family farm south of Clay Center, the daughter of Roy C. and Vella (Boughen) Schrum. Shirley attended Marymount College in nurses training. On September 24, 1950 she married Melvin Leonard (“Bud”) Stadel and they had two daughters. After their marriage, Shirley had been an active member of the Riley Presbyterian Church since 1951 and served as an Elder for 12 years. She was also a member and President of UPW, served on numerous committees and was involved in many Bible studies. In her later years, she especially enjoyed helping with church and funeral lunches. When first married they lived on the Stadel family farm east of Riley. In 1976 Shirley and Melvin built a new home near the original homestead, and they enjoyed sharing their home with many friends and family members. During their married life, Shirley was primarily a homemaker for 23 years. When her children had graduated from high school, Shirley accepted a position at Kansas State University in the Controller’s Office as an office specialist, where she worked for over 20 years coordinating travel expenditures. She retired in 1993. Shirley’s work at the KSU travel department gave her a desire to see other parts of the world. Melvin and Shirley traveled to many locations including South Korea, Egypt, Israel, New Zealand and much of Europe. Shirley and Melvin especially enjoyed traveling to the mountains of Colorado and spent several summers there. After Melvin passed in 2008 she continued traveling to Colorado with her children and grandchildren. Shirley enjoyed cooking, entertaining, playing cards and collecting antique glassware. She is survived by her two daughters, Jeryl Powers and husband Bill of Wichita and Deborah Blick and husband Dennis also of Wichita; one sister, Mary Alexander of Leonardville; five grandchildren and five great grandchildren. In addition to her husband, she was preceded in death by an infant brother, Jackie and her parents. Funeral services will be held at 11:00 a.m. Saturday, March 21, 2020 at the Riley Presbyterian Church. The family will receive friends from 6:00 until 8:00 p.m. Friday at the Anderes-Pfeifley Funeral Home. Burial will be in the Riley Cemetery. Memorials may be made to the Riley Presbyterian Church. Contributions may be left in care of the Anderes-Pfeifley Funeral Home.
To order memorial trees or send flowers to the family in memory of Shirley Stadel, please visit our flower store.
Send a Sympathy Card