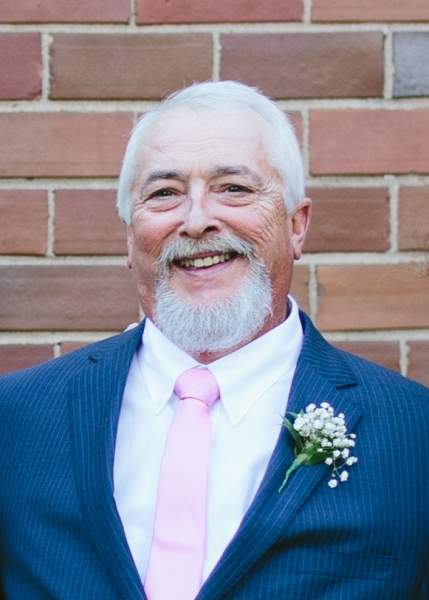 Ron Martin Walter, age 60, passed away on Sunday, December 16, 2018 at his residence in Manhattan, Kansas.

Ron was born on December 19, 1957 in Junction City, Kansas to Warren Lyle Walter and Bonita Jean (Gravenstein) Walter. He was raised on the family farm in Riley, Kansas along with his siblings and graduated from Riley County High School in 1976.

Upon leaving Riley, The Little Apple became Ron’s lifelong home. There, he married his former spouse, Barbara (White) Walter, and together they raised their daughter, Christina (Walter) Gepner, and son, Brandon Walter. Both of whom would grow up with fond memories of their grandparent’s farm and stay close to home for college by attending Kansas State University.

From 1978 to 1994, Ron worked for Woolworth’s Distribution Center in Junction City, Kansas. After it closed, he embarked on a 24 year career with Kansas State Housing and Dining, serving the campus with his carpentry and maintenance skills. He also served the Manhattan community with his business, Walter Lawn and Irrigation. When he wasn’t busy being the Yard Man or working on campus, Ron was an avid car fan, attending car shows and tinkering in his shop with a few cars of his own. Ron retired from his job at K-State in June of this year and was able to spend his last months of life enjoying retirement.

He is survived by his two children, Christina and her husband David of Bonner Springs, and Brandon and his wife Julie of Kansas City, Missouri; two brothers, Gary (Christy) Walter of Manhattan and Rick (Connie) Walter of McFarland; one sister, Deeann (David) Ciccone of Derby; a number of nieces and nephews; three grandchildren, Brisbane Gepner, Knox Gepner, Lincoln Gepner and one grandson to be born next March.

Ron was preceded in death by his parents.

Memorial services will be held at 10:30 a.m. Wednesday, December 19, 2018 at the Anderes-Pfeifley Funeral Home with Pastor Kevin Larson officiating. Inurnment will be in the Riley Cemetery. Lunch will follow at The Farmhouse on Broadway St. in Riley.

To order memorial trees or send flowers to the family in memory of Ron Walter, please visit our flower store.