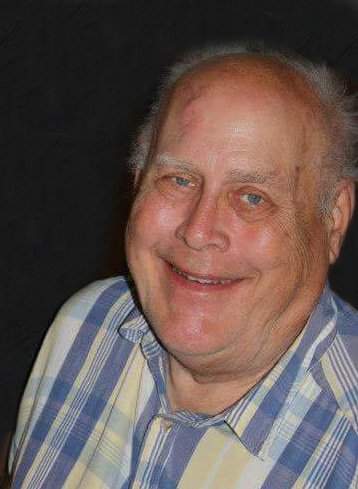 He was born on December 31, 1940 in Lincoln, the son of Frank Nelson and Edna Marie (Meier) Rood.

Robert was telegrapher for BNSF Railroad.  He enjoyed woodworking, reading and watching westerns, especially ones starring John Wayne and Clint Eastwood and cheering on the New York Yankees.  Linda and him enjoyed traveling, going to California to Disneyland, traveling to Arizona many times and Colorado, Mississippi, Tennessee, Oklahoma, Alabama, Texas and Branson.

In addition to his wife, he was preceded in death by his parents and three brothers, Vernon Rood, Dale Rood and Jerry Rood.

Funeral services will be held at 10:30 a.m. Saturday, April 28, 2018 at the Anderes-Pfeifley Funeral Home with Pastor Kevin Larson officiating.  The family will receive friends from 9:30 a.m. until service time on Saturday.  Burial will be at 2:30 p.m. Saturday at the Lincoln Cemetery in Lincoln, Kansas.

Memorials may be made to St. Jude’s and left in care of the Anderes-Pfeifley Funeral Home.

To order memorial trees or send flowers to the family in memory of Robert Rood, please visit our flower store.