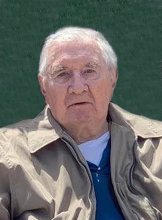 Robert John “Bob” Downing, age 80 of Leonardville, passed away peacefully at the Leonardville Nursing Home with family by his side on Friday, June 26, 2020. Parkinson’s disease impacted his life here on earth but now he is at peace with Christ Jesus his Lord. He was born in the Bronx, New York on May 6, 1940 to the late Ernest Downing and Mary Ann Cameron. Growing up in New York City, he played stickball and thought milk came from the grocery store, only one day to find out that cows actually produced the milk! Life was hard and made him tough on the exterior, but he always had a soft spot for those who needed help. he was the type of guy that would give you the shirt off his back and had a special place for people who were underprivileged. Bob was a proud veteran who served his country in the Navy as a radioman and was at port in Havanna, Cuba during the Bay of Pigs Invasion. He landed in Manhattan, Kansas with his first wife, Joan and raised his family in Randolph and later with Glenda and their blended family. He had many different jobs over the years including operating the Randolph Country Store, but probably found the most satisfaction building, remodeling and constructing homes. He was especially good at finish carpentry work. He loved the outdoors and was an avid fisherman having fished the oceans, mountain streams, rivers and ponds. He caught many fish in the cove at the Randolph State Park when water levels were higher and at Tuttle Creek on the Big Blue River. Being on or near the water was a special place for him and brought him much peace and pleasure. He modeled hard work, a sense of pride in doing the job right and looking out for those less fortunate than himself. His love and affection for his family were always evident. He is survived by Glenda Stockwell-Downing; children, John Downing (Lori) of Traverse City, Michigan, Barb Marlnee of Augusta, Kansas, Jim Downing (Robin) of Belleview, Florida and Brian Cox of Tyler, Texas; brother, Tony Downing of Acra, New York and nine grandchildren and one great grandchild. He was preceded in death by his parents; wife, Joan Crubel-Downing; son, Michael and granddaughter, Emily. A memorial graveside service will be held on September 3, 2020 at 10:00 a.m. at the Kansas Veterans' Cemetery near Manhattan. The family wishes to thank the caring staff at the Leonardville Nursing Home and Meadowlark Hospice for the compassionate and loving care they provided to him. A memorial service with Military Honors will be held at 10:00 a.m. Thursday, September 3, 2020 at the Kansas Veterans' Cemetery. A memorial has been established for the Leonardville Nursing Home. Contributions may be left in care of the Anderes-Pfeifley Funeral Home.
To order memorial trees or send flowers to the family in memory of Robert "Bob" Downing, please visit our flower store.
Send a Sympathy Card