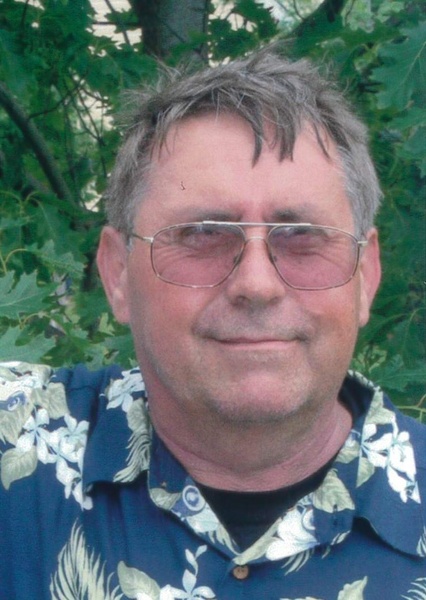 Richard C. “Rick” Thompson, age 65, of Omaha, passed away on Wednesday, May 18, 2022, at the University of Nebraska Medical Center in Omaha.

Rick was born July 31, 1956, in Omaha, to Eugene J. and Iris I. (Fleck) Thompson.  He married Deborah D. Claycamp on August 17, 1973, in Omaha.   He joined four of his brothers in the Nebraska Army National Guard and served for six years.  Rick worked for the city of Omaha in Parks and Street Maintenance retiring in 2013.  He then worked for Atlas Awning in Omaha. He was a member of Word of Life Fellowship in Omaha.

To Rick, family was everything.  A faithful, loving, and constant friend to his wife of almost 51 years, a proud and loving father to his children, and Papa to his grandchildren.  Rick loved his family beyond words and over the years his family was extended as he became a surrogate father and mentor to his many nieces, nephews, and many of the kids in the neighborhood. Rick even picked up a few extra grandchildren in the neighborhood as he always took time to let them know he was the nice guy with the endless supply of popsicles on the block. If you spent any time around Rick, you soon learned He was a prankster. On rare occasions, Rick would prank himself when he would forget about one of his well laid plans only to come across it later after he had forgotten about it.

Rick was preceded in death by his parents, an infant daughter, Iris Thompson and two brothers: Gary Thompson and Robert Thompson.

Funeral services are being planned for 10:00 am, Friday, May 27, 2022, at Christie-Anderes Funeral Home in Waterville, Kansas, with Pastor BJ Justice and Pastor Mark Justice officiating.  Music will include pre-recorded selections of “Go Rest High On That Mountain” and “If I had Only Known”.  Bearers include Jeramie Thompson, Amos Thompson, John Thompson, Kenny Thompson, Michael Claycamp and Eric Galvan.  Honorary Bearers include Troy Long, JR Stewart and Richardo Torres.  Burial will follow at Fairmont Cemetery Blue Rapids, Kansas.

Memorials are suggested to the funeral home to help with expenses and may be sent in care of Christie-Anderes Funeral Home at PO Box 61, Waterville, Kansas 66548.

To order memorial trees or send flowers to the family in memory of Richard "Rick" Thompson, please visit our flower store.