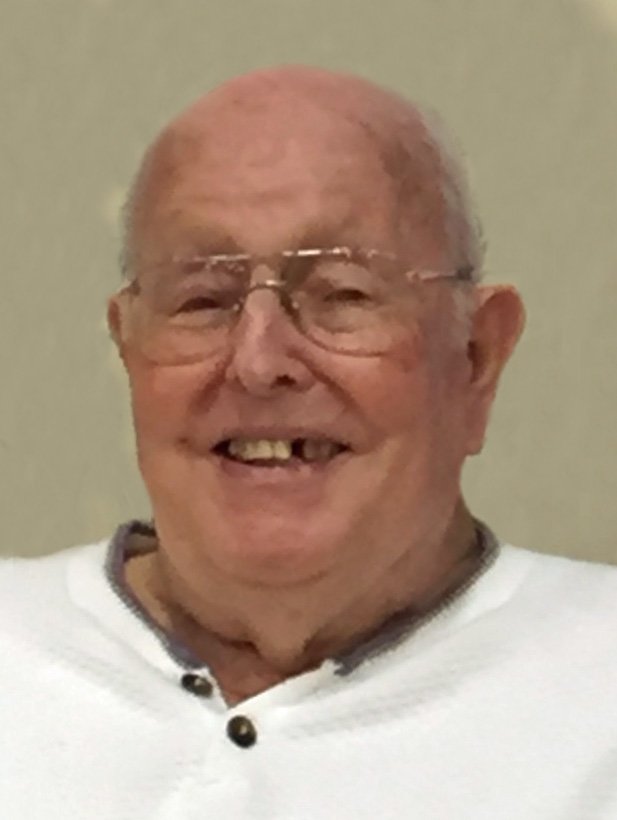 Richard Leroy Shaw, age 88 of Leonardville, passed away Sunday, January 26, 2020 at the Good Shepherd Hospice House. He was born on August 16, 1931 in Danville, Ohio, the son of Harry Harrison and Ruth Ann (Parsons) Shaw and graduated from Mt. Vernon High School in 1949.  He was an Airman 1st Class in the U.S. Air Force, decoding classified messages. On March 7, 1954, he married Florence Ellen Dolhanyk.  Richard worked as a data processor for the State of Nebraska.  He was a member of the First Baptist Church in Cimarron, Kansas and a Boy Scout Leader.  He loved Nebraska Cornhusker football, the outdoors, living in Colorado and spending time surrounded by his family. He is survived in life and remembered in love by his wife Ellen; one son, Steve Shaw and wife Jennifer of Denver, Colorado; three daughters, Brenda West of Lincoln, Nebraska, Debby Oliver and husband Mark of Albuquerque, New Mexico and Patti Roblyer and husband Monty of Olsburg; seven grandchildren, Christian, Ryan, Caira, Jesse, Drew, Brandi and Dee J and two great grandchildren, Caleb and Kylan. He was preceded in death by his parents; two brothers, Chuck Shaw and Guy Shaw; two sisters, June Bush and Martha Bebout and a son-in-law, Bart West. A memorial service will be held at 10:30 a.m. Saturday, February 1, 2020 at the Anderes-Pfeifley Funeral Home with Pastor Richard Deimund officiating.  Immediately following the service, everyone is invited to the Olsburg American Legion for a time of fellowship and food.  Private family burial will be at a later date in the Carnahan Creek Cemetery. Memorials may be made to the Leonardville Nursing Home or the Good Shepherd Hospice House.  Contributions may be left in care of the Anderes-Pfeifley Funeral Home. Condolences may be left for the family at www.apfunerals.com.
To order memorial trees or send flowers to the family in memory of Richard Shaw, please visit our flower store.
Send a Sympathy Card