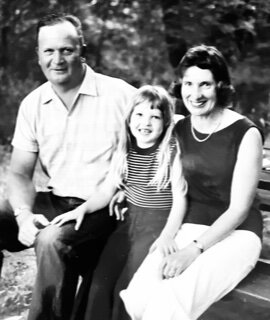 Raymond L. Anderson, age 91 of Olsburg, passed away Wednesday, October 13, 2021 in the Honstead House at Meadowlark Hills. He was born on May 26, 1930 in Manhattan, the son of Will and Esther (Nordgren) Anderson. On December 19, 1950, he married Maxine Murk. She preceded him in death on April 30, 2015. Raymond was a farmer. He grew up in the Garrison community in the fertile lands of the Blue Valley. When Tuttle Creek Dam was built, the house his dad and Uncle Oscar had built had to be moved a short distance “up the hill” to protect it from the flood waters of Tuttle Creek Reservoir. Raymond grew up in the little house on Garrison Road and after he was married, continued to live there with his new bride. This home saw the birth of their daughter, Marie, and many memories were connected to their little farm. Only when their health was starting to fail did they decide to make the move to town and sell the land and home that had been in their family for so long. Although it was a tough decision, Raymond and Maxine made the move to town. Raymond worked in the maintenance department for KDOT for over 25 years. After his retirement, Raymond enjoyed time spent on his tractor, coyote hunting and mowing the lawn. He also enjoyed reloading and reading his monthly subscription to “Fur Fish and Game”. He boasted he had been taking the magazine for over 50 years and looked forward to seeing the next issue in the mail each month. Many may not have known, but Raymond was a pilot. He was very proud of this accomplishment and continued to talk about the thrill of flying until his last days. He truly enjoyed his time in the clouds. He was baptized and confirmed in the Olsburg Lutheran Church.  He was also a member of the Olsburg High School Alumni Association and a life member of the National Rifleman’s Association He is survived by his brother-in-law, Everett Murk and wife Paula of Blue Rapids; his sister-in-law, Delores Murk of Warsaw, Missouri, and his best friend and ever-faithful companion, his dog “Buddy”. He is also survived by his many friends and neighbors of the Olsburg community. He was preceded in death by his wife Maxine Anderson and his daughter, Marie Anderson Douthit. Graveside funeral services will be held on Wednesday, October 20th at 2pm at the Olsburg Cemetery with Rev. Keith Wiens officiating.   A memorial has been established for Purple Paws of Manhattan. Contributions may be left in care of the Anderes-Pfeifley Funeral Home in Riley.
To order memorial trees or send flowers to the family in memory of Raymond Anderson, please visit our flower store.
Send a Sympathy Card