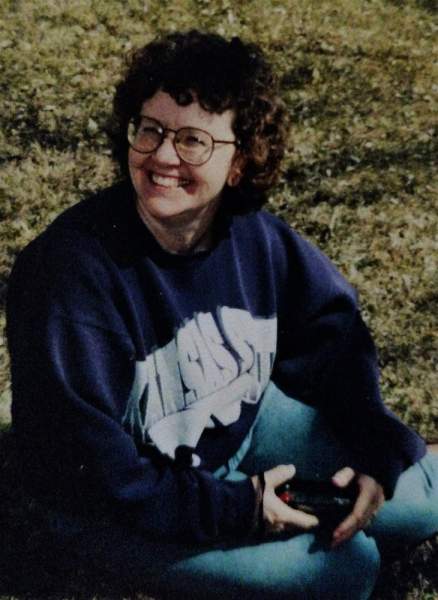 Peggy Jean Winkler, age 70 of Topeka, passed away Sunday, April 25, 2021 at her residence with her family by her side. She was born on September 27, 1950 in Seneca, the daughter of Elmer “Banty” and Ruth (Bureman) Stalcup. She was raised in the Centralia area where she attended school, graduating in 1968. She briefly attended Kansas State University where she met her future husband. She married Larry Alan Winkler on July 11, 1970 at the First United Methodist Church in Centralia. They became parents of a daughter, Sarah and a son, Nathan. After taking an 18-year spring break, Peggy returned to K-State where she received a Bachelor’s Degree in Accounting in 1990. She was employed by the State of Kansas, primarily at K-State for 30 years. She retired in 2009 at which point she joined her husband in their antique business. Although her family was first and foremost in her life, Peggy had many other interests. She and Larry shared a great love of K-State sports and attended as many games as possible, including away games and bowl games. She loved to bake, do crosswords puzzles, play trivia, reading and listening to good music - the late 60’s and 70’s stuff. She is survived by her husband, Larry Winkler of Topeka; her children, Sarah Rock and husband Jason of Oskaloosa and Nathan Winkler of Topeka; two grandchildren, Tyler and Zariah Winkler of Topeka; one brother, Steve Stalcup of Topeka; one sister, Susan Strunk and husband Dean of Anchorage, Alaska; one sister-in-law, Sue Guzek and husband Fred of Dover and one brother-in-law, Steve Winkler and wife Trish of Albuquerque, New Mexico. She was preceded in death by her parents. Funeral services will be held at 10:30 a.m. Friday, April 30, 2021 at the Anderes-Pfeifley Funeral Home with Pastor Kevin Larson officiating. The family will receive friends from 5:00 until 7:00 p.m. on Thursday at the funeral home. Burial will be in the Riley Cemetery. The family invites everyone attending the funeral to wear their purple or K-State attire as a nod to Peggy’s school spirit. Memorials may be made to the Kansas State University March Band and left in care of the Anderes-Pfeifley Funeral Home.
To order memorial trees or send flowers to the family in memory of Peggy Winkler, please visit our flower store.