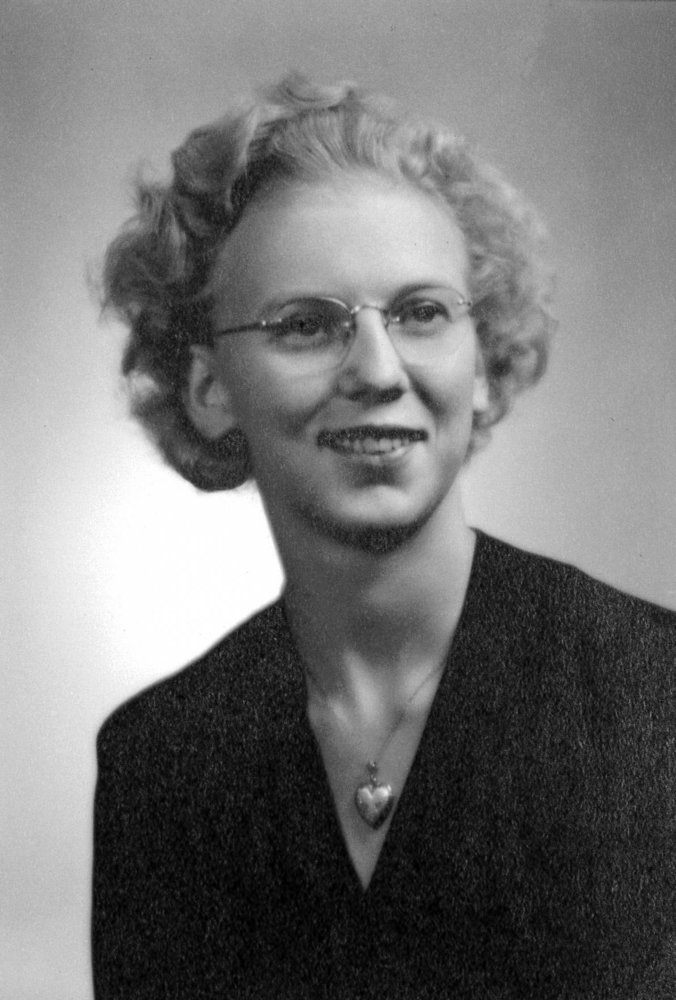 She was born on December 12, 1929 on a farm northwest of Leonardville, the youngest daughter of George Arthur and Joyce Ellen (Hadin) Olson.  She started school at the Arbor School, attended Leonardville Grade School and graduated from Leonardville High School in 1948.  She attended three semesters at Baker University, leaving because of illness.

Peggy started working at the Farmers Union Grocery Store in Leonardville in 1951 and worked there until she was united in marriage to Marvin Dettmer on September 14, 1952.  They lived on a farm north of Winkler and later moved to Leonardville in 1963.  She returned to work at the store in 1955 and worked there until 1985 when the Coop sold the store.  She and her sister, Yvonne, ran a bake shop for two years, baking many buffalo chip cookies, cinnamon rolls and pies.

She was preceded in death by her parents, her husband Marvin in 1987, one brother Kenneth and one sister, Yvonne.

She is survived by two nephews, John Olson and Judy of Parsons and Jim Olson and Evadne of Leonardville; one niece, Judy Foster and Dudley of Sedan; a cousin, Lois Moon of Junction City; two sisters-in-law, Betty Dettmer and Beverly Dettmer; several Dettmer and Olson nieces and nephews and many great and great-great nieces, nephews and cousins.

Funeral services will be held at 1:30 p.m. Tuesday, September 5, 2017 at the Anderes-Pfeifley Funeral Home with Pastors Kevin Larson and Sandy Ferguson officiating.  There will be a visitation from 12:00 p.m. until service time on Tuesday.  Burial will be in the St. John Lutheran Cemetery.

Memorials have been established for the Leonardville Nursing Home and Meadowlark Hospice.  Contributions may be left in care of the Anderes-Pfeifley Funeral Home.

To order memorial trees or send flowers to the family in memory of Peggy Dettmer, please visit our flower store.