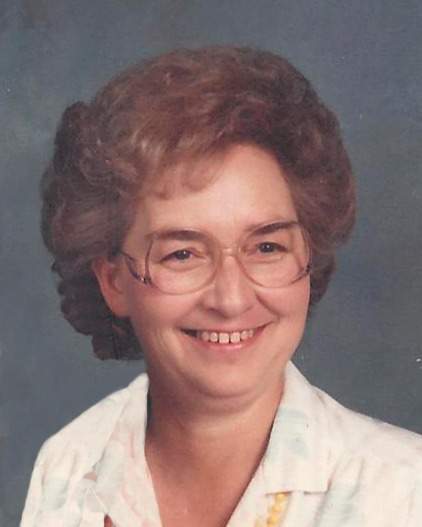 She was born on August 26, 1936 in Manhattan, the daughter of Floyd Thomas and Elsie Alice (Henton) Hohman. She graduated from Randolph High School in 1954.

On August 14, 1955 in Topeka, she was married to Jerald Edwin Erickson. They celebrated 64 years of marriage before Jerry’s passing in 2019.

In high school, Pat worked at Beckman’s General Store in old Randolph. It was there that stories were later told about Jerry frequenting the store to buy bread just to see Pat. After marriage, Pat learned what it took to be a dairy farmer’s wife. Pat and Jerry ran Erickson’s Short Stop in Randolph. She later worked parttime for Siefert’s clothing in Manhattan, Ginger’s boutique in Clay Center and at Central Office in Clay Center. She was a member of the Walsburg Lutheran Church.

In addition to her husband Jerry, she was preceded in death by her parents; four brothers, Russell, Stanley, Gail and Robert Hohman, and three sisters, Gladys Floberg, Murle Easterberg and Juanita Kline.

Graveside services will be held at 11:00 a.m. on Monday, Sept. 12, 2022 at the Leonardville City Cemetery with Pastor Kevin Larson officiating.

In lieu of flowers, a memorial has been established for the Walsburg Lutheran Church. Contributions may be left in care of the Anderes- Pfeifley Funeral Home.

To order memorial trees or send flowers to the family in memory of Patty Erickson, please visit our flower store.