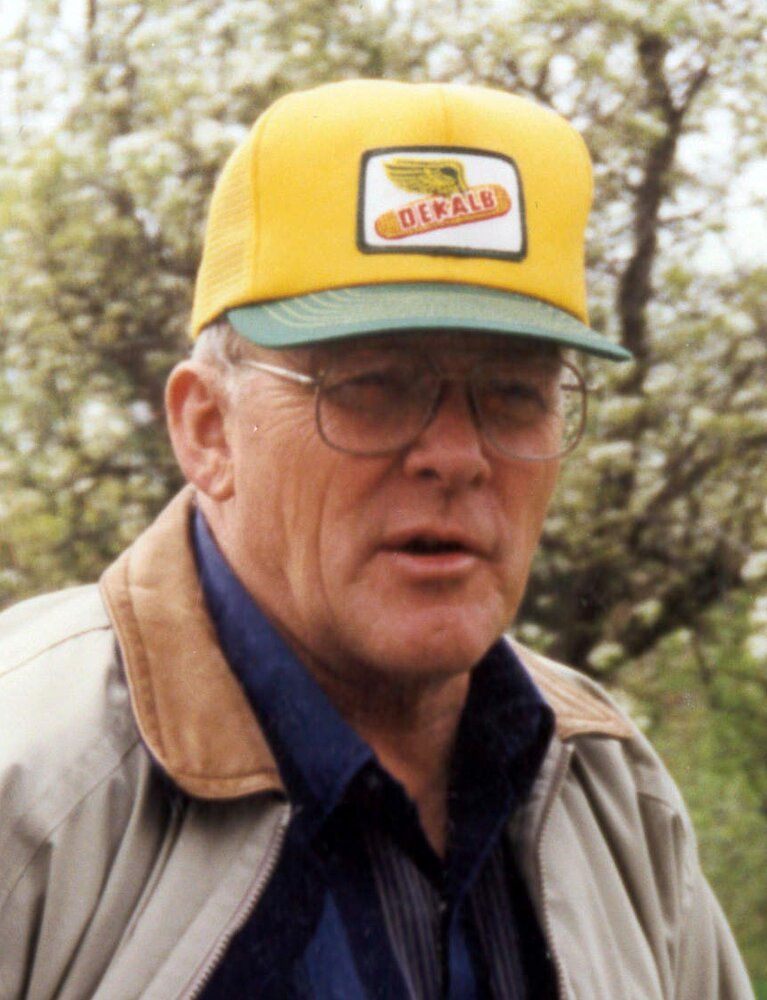 Neil Frederick Richter, age 87 of Green, passed away Saturday, August 21, 2021 at the Clay Center Presbyterian Manor. He was born on January 28, 1934, at his family farm near May Day, the son of Elmer Lawrence & Gladys Dorothy (Anderson) Richter. He graduated from Green Rural High School and served in the Army following graduation. He married his high school sweetheart, Jacalyn Houser in 1956. After being stationed in Toole, Utah for two years, the couple returned to the family farm in the May Day community where they lived and farmed their entire lives. He was a long-standing member of the Green United Methodist Church. Neil had a colorful, memorable personality and enjoyed educating others with his wit and wisdom of Fancy Creek Folklore. He also could be heard at all sporting events encouraging his kids, grandkids, umpires and referees. He is survived by two sons, Scot Richter and wife Dawn of Green and Matt Richter and wife Rhonda of Green; one daughter, Janeil Sullivan and husband Kevin of Riley; six grandchildren, Tanna Kasten (Kyler) of White City, Jake Richter (Liz) of Green, Maggie Mosher (Josh) of Topeka, Zack Sullivan (Emily) of Overland Park, Taylor Richter of Clay Center and Braden Richter (Micah) of Green; the blessings of 14 lively great grandchildren all under the age of 8, which he enjoyed immensely; one brother, Glen Richter (Betty) of Lakin and two sisters, Twila Branfort of Salina and Nola Duncan (Ed) of Wamego. He was preceded in death by his wife Jacalyn of 54 years in 2010; his parents and one brother, Vance Richter. Respect calls may be made on Tuesday, August 24, 2021 from 9:00 a.m. until 7:00 p.m. at the Anderes-Pfeifley Funeral Home. The family will not be present during respect calls. Graveside services will be held at 10:30 a.m. Wednesday, August 25, 2021at the MayDay Cemetery. A memorial fund has been established for the Neil Richter Memorial Fund to go towards an outdoor mural to be painted in the town of Green. Contributions may be left in care of the Anderes-Pfeifley Funeral Home.
To order memorial trees or send flowers to the family in memory of Neil Richter, please visit our flower store.