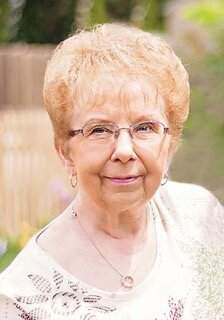 Mary Alice Siebold McDonald Fowler, age 91 of Leonardville, passed away Sunday, December 26, 2021 at Village Manor in Abilene. She was born on October 31, 1930 at Fact, Kansas, the daughter of Albert and Vena (Palmateer) Siebold. She grew up in the Fact community and was ninth of eleven children. She married Randall H. McDonald on September 21, 1949. Randall and Mary were the parents of Corrine, Rhonda, Patty and Vicki. He preceded her in death in 1977. She married Joseph Fowler on April 29, 1981. He preceded her in death in 2001. Mary was a homemaker and also worked at the Leonardville Nursing Home. She enjoyed working in her flower garden, caring for others, and going to coffee every day with her friends. She is survived by two daughters, Rhonda Pultz and husband Arden of Manhattan and Patty Taplin and husband Tom of Abilene; eight grandchildren; seventeen great grandchildren and her special friend, Harold Johnson. In addition to her husbands, she was preceded in death by her parents; two daughters, Corrine McDonald and Vicki McDonald; four brothers and six sisters. Funeral services will be held at 10:30 a.m. Monday, January 3, 2022 at the Anderes-Pfeifley Funeral Home with Pastor Kevin Larson officiating. The family will receive friends from 5:00 until 7:00 p.m. Sunday. Burial will be in the Grandview-Mill Creek Cemetery. In lieu of flowers, a memorial has been established for the City of Leonardville to provide a bench or tree in Mary’s honor. Contributions may be left in care of the Anderes-Pfeifley Funeral Home.
To order memorial trees or send flowers to the family in memory of Mary McDonald Fowler, please visit our flower store.