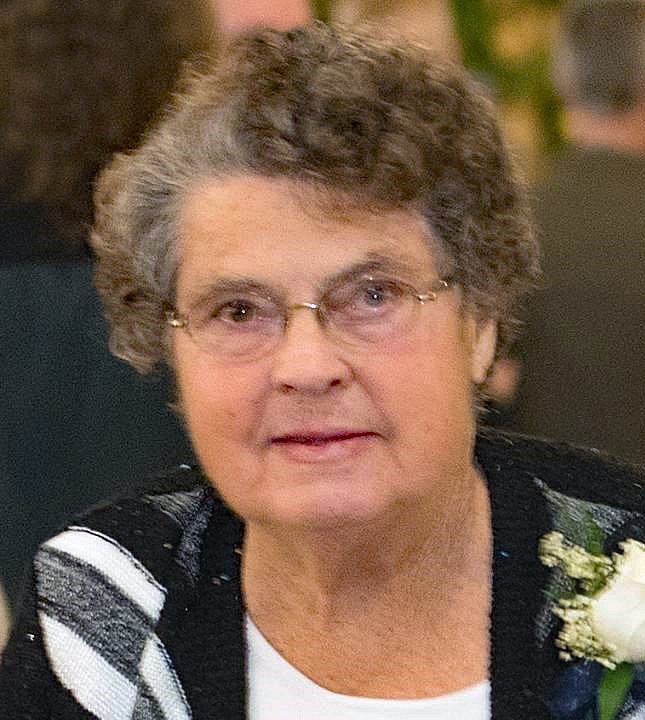 Marlene K. Schwartz, age 84 of Randolph, Kansas, passed away Sunday, August 20, 2017 at the Via Christi Hospital in Manhattan.

She was born on October 16, 1932, in Garrison, the daughter of Vincent and Ruby (Barkyoumb) Kershaw

On April 8, 1951 at the Garrison Methodist Church, she was married to Jerry Schwartz.  He preceded her in death on December 7, 2015.

She was a farm wife and was an excellent cook.  Marlene was a talented musician, being able to play the piano, organ, trumpet and marimba.  Her athletic ability not only served her well in her younger years, but also allowing her to participate in the Senior Olympics.  She enjoyed flowers, gardening and hunting indian artifacts.

In addition to her husband, she was preceded in death by her son, Dave Schwartz.

Graveside services will be held at 11:00 a.m. Saturday, August 26, 2017 at the Mayday Cemetery with Pastor Kevin Larson officiating.  Respect calls may be made anytime Friday at the Anderes-Pfeifley Funeral Home in Riley.

In lieu of flowers, memorials may be made to the Donor’s Choice in memory of Marlene.  Contributions may be left in care of the Anderes-Pfeifley Funeral Home.

To order memorial trees or send flowers to the family in memory of Marlene K. Schwartz, please visit our flower store.
Send a Sympathy Card