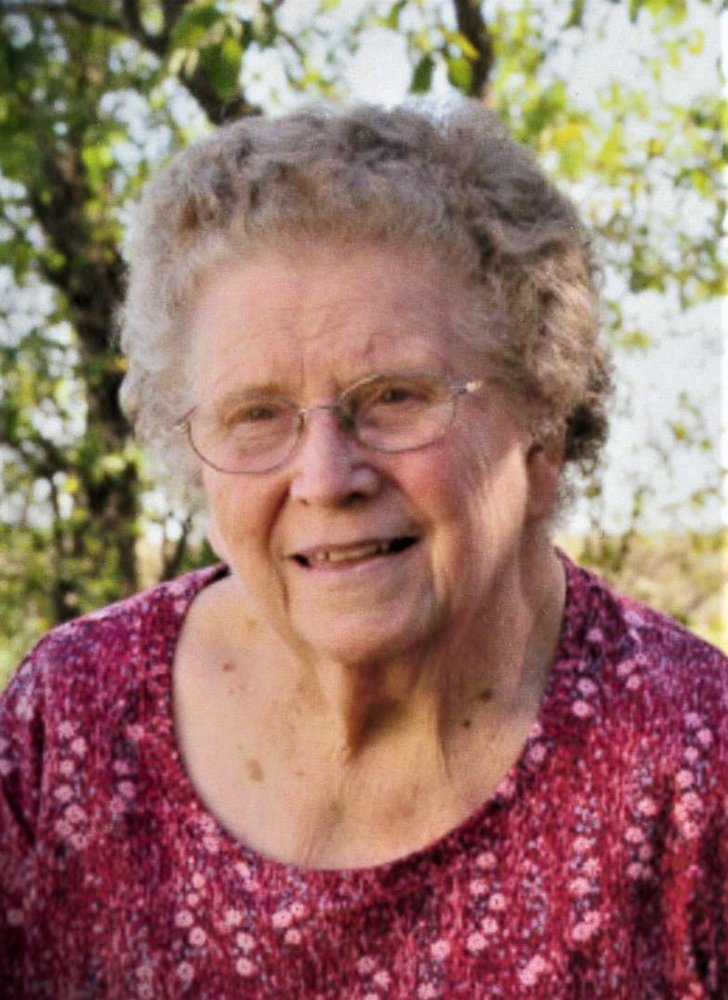 Marjorie Jean Grater, age 98 of Leonardville, passed away Monday, December 21, 2020 at the Leonardville Nursing Home. She was born on October 16, 1922 at her parent’s home in Winkler, the daughter of August and Laura (Hedren) Blaske. On September 26, 1941, she was married to Ernest F. Grater. He preceded her in death on September 30, 2015. Marjorie was a homemaker and devoted farm wife. She was a loving mother, grandmother and great grandmother. She enjoyed listening to K-State sports on the radio and participating in all the activities at the nursing home. She was a member of the Walsburg Lutheran Church where she was in the Walsburg LCW and a Sunday School teacher. She is survived by two sons, Ron Grater and Peggy of Leonardville and Russell Grater and Karen of Riley; two daughters, Jan Machin of Riley and Jeannette Pultz and David of Leonardville; one daughter-in-law, Delores Grater of Leonardville; two sisters-in-law, Erna Hass and Barbara Grater; ten grandchildren and fourteen great grandchildren. In addition to her husband, she was preceded in death by one son, Dennis Grater; one son-in-law, John Machin; two brothers, Jim Blaske and Bill Blaske and also an infant brother. Respect calls may be made from 9:00 a.m until 6:00 p.m. Wednesday, December 23, 2020 and from 9:00 a.m. until 12:00 p.m. Thursday, December 24, 2020 at the Anderes-Pfeifley Funeral Home. Funeral services will be held at 10:30 a.m. Saturday, December 26, 2020 at the Anderes-Pfeifley Funeral Home with Pastor Kevin Larson officiating. The funeral will be recorded and posted on the funeral home website shortly after the service for anyone to watch that is unable to attend. Burial will be in the Grandview-Mill Creek Cemetery. In lieu of flowers, memorials have been established for the Leonardville Nursing Home and Walsburg Lutheran Church. Contributions may be left in care of the Anderes-Pfeifley Funeral Home.
To order memorial trees or send flowers to the family in memory of Marjorie Grater, please visit our flower store.
Send a Sympathy Card