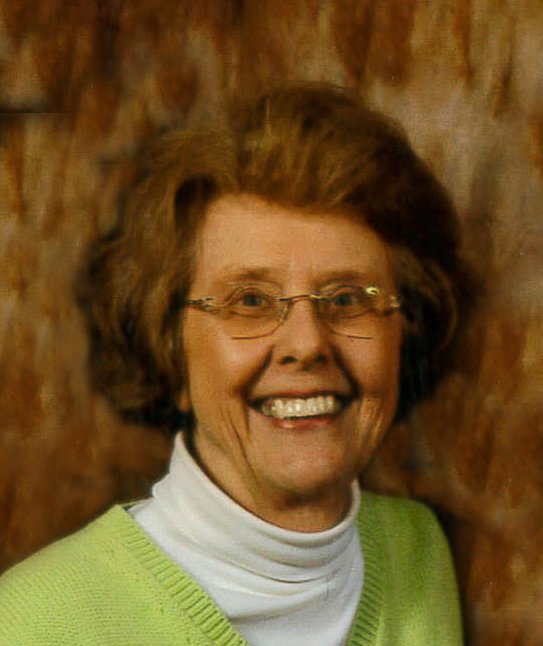 Marilyn Lou Meyer, age 85 of Riley, passed away Sunday, January 26, 2020 at the Good Shepherd Hospice House in Manhattan, Kansas. She was born on July 29, 1934 in Leonardville, Kansas the daughter of Fred and Bertha (Nanninga) Heikes.  She received a Bachelor’s degree from Kansas State University and a Master’s degree from the University of Missouri Kansas City. On June 4, 1956, she was married to Dale Meyer at the Leonardville EUB Church.  He survives of the home. Marilyn taught school at Blue Rapids, Central Junior High in Kansas City, Kansas, Shawnee Mission East High School and Shawnee Mission Northwest High School.  Her career with the Shawnee Mission School District spanned 31 years from 1970 to 2001. While at Shawnee Mission, she moved into administration and was the principal of the Broadmoor Technical  Center and the head of two departments. As a result of the educational achievements, Marilyn was inducted into the Mid-America Education Hall of Fame in 1999. She was also a member of the Board of Directors of the Mainstreet Credit Union.   She was active in many churches during her life, most recently the Crossroads Baptist Church.  She was an avid bird watcher and enjoyed cheering on the Chiefs, Royals, Kansas State and KU. In addition to her husband, she is survived by one son, Jeffrey Meyer and wife Mary Frances of Raleigh, North Carolina; one daughter, Jennifer Meyer of Riley, Kansas; one sister, Anita Jensen and husband Donald of Belmont, California; two grandchildren, Meredith Anne Meyer of Winston-Salem, North Carolina and Natalie Elise Horton and husband Jonathan of Cary, North Carolina and one sister-in-law, Doris Heikes of Decorah, Iowa. She was preceded in death by her parents and three brothers, Duane Heikes, Richard Heikes and Leland Heikes. Funeral services will be held on Friday, January 31, 2020 at 1:00pm at the Anderes-Pfeifley Funeral Home with Pastor David VanBebber officiating.  Burial will be in the Leonardville United Methodist Cemetery. A memorial has been established for Samaritan’s Purse, a christian charity that brings physical relief and the gospel to hurting people around the world.  Contributions may be left in care of the Anderes-Pfeifley Funeral Home or at www.samaritanspurse.org.
To order memorial trees or send flowers to the family in memory of Marilyn Meyer, please visit our flower store.
Send a Sympathy Card