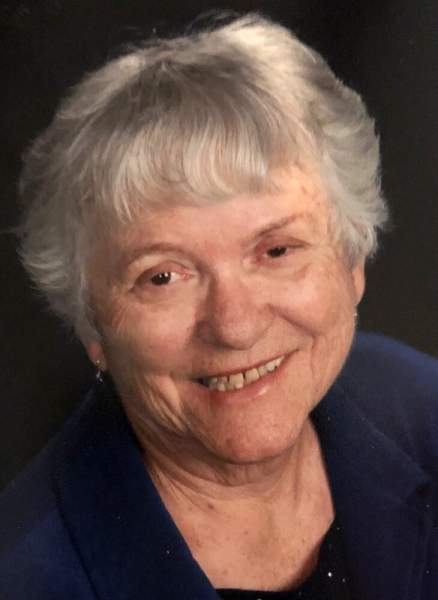 Marilyn L. (Teets) Fagot, age 84 of Manhattan, passed away Friday, September 10, 2021 at the Good Shepherd Homecare and Hospice House surrounded by her children. She was born on February 24, 1937 in Lexington, Nebraska, the daughter of Jack and Lucille (Caster) Teets. She grew up in Lexington and graduated from Lexington High School. On October 2, 1954 she married Don Fagot. He preceded her in death on September 28, 2016. Marilyn was an avid Husker fan who was also known to cheer for the Kansas State Wildcats. She loved golf and was proud to serve on the Arizona Women’s Golf Association Board and was a past president. Marilyn also was a member of Deer Valley Golf Course in Sun City West, Arizona until January of 2018 when she moved to Kansas following the death of her husband Don. Marilyn enjoyed a game of bridge and was a great partner to have or a formidable opponent. She loved Words with Friends with anyone who would play and traveling. She was the best oatmeal chocolate chip cookie baker and enjoyed cooking for her family. There was not a card game that she wouldn’t participate in. Her happiest moments were spent with her family and they will miss having her with them at all the celebrations. She is survived by her two sons, Jon (Cindy) Fago of Pittsboro, North Carolina and Jeff (Tammie) Fago of Mahomet, Illinois; one daughter, Dee (Brad) Johnson of Manhattan; one brother, Don (Bonnie) Teets of Grand Junction, Colorado; nine grandchildren, Kris, Ryan, Emily, Katie, Kristin, Ryan, Tim, Cassie and Nicole and was very proud of her nineteen great grandchildren. She is also survived by her sister-in-law, Naomi (Johnson) Fagot of Lexington, Nebraska. In addition to her husband, she was preceded in death by her parents; one son, Jody and her great granddaughters, Vivian Jordan and Evelyn Irwin. A Celebration of Life service will be held on September 26, 2021 at 5:00 p.m. at the Crestview Christian Church. A Memorial Mass will be held on September 27, 2021 at 10:00 a.m. at the St. Thomas More Catholic Church. Inurnment will be next to her husband at the National Memorial Cemetery of Arizona in Phoenix, Arizona at a later date. Memorial contributions may be made to Manhattan Junior Golf Association (MJGA) www.manhattanjrgolf.com, MJGA, P.O. Box 423, Manhattan, Kansas or Good Shepherd Homecare and Hospice House www.goodshepherdhh.org. Contributions may also be left in care of the Anderes-Pfeifley Funeral Home.
To order memorial trees or send flowers to the family in memory of Marilyn Fagot, please visit our flower store.