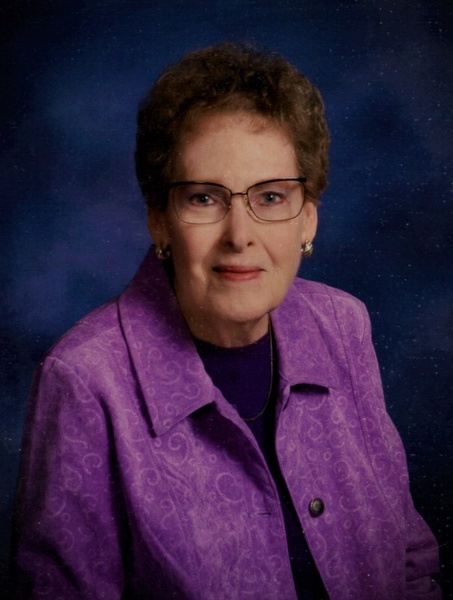 Margie Bell Prichard, age 87 of Riley, passed away Tuesday, November 24, 2020 at the Ascension Via Christi Hospital in Manhattan. She was born on November 5, 1933 in Crockett, Texas, the daughter of Thomas Hadden and Irene (Parsons) Buller. On October 17, 1970 in Austin, Texas, she married Hal Prichard. He preceded her in death on April 13, 2010. Margie was a secretary at the Riley County High School for many years and enjoyed her time as a coach’s wife and sports mom. She was a member of the Riley Presbyterian Church, Kansas Association of Educational Office Professionals and was a Boy Scout leader. Some of her hobbies include, crocheting, sewing, reading and puzzles. She is survived by two sons, Ronald Prichard of Olathe and Robert Prichard of Scottsdale, Arizona; one daughter, Peggy Jeane Goldsmith of Austin, Texas; one sister, Bessie Kellum of Texas; four grandchildren and four great grandchildren. In addition to her husband, she was preceded in death by her parents; one brother, Thomas H. Buller, Jr. and her son-in-law, Bob Goldsmith. Respect calls may be made from 9:00 a.m. until 5:00 p.m. on December 4, 2020 at the Anderes-Pfeifley Funeral Home. Funeral services will be held at 10:30 a.m. December 5, 2020 at the Anderes-Pfeifley Funeral Home with Pastor Kevin Larson officiating. The funeral will be recorded and posted on the funeral home website shortly after the service for anyone that is unable to attend. Burial will be in the Riley Cemetery. A memorial has been established for the Riley Presbyterian Church. Contributions may be left in care of the Anderes-Pfeifley Funeral Home.
To order memorial trees or send flowers to the family in memory of Margie Prichard, please visit our flower store.