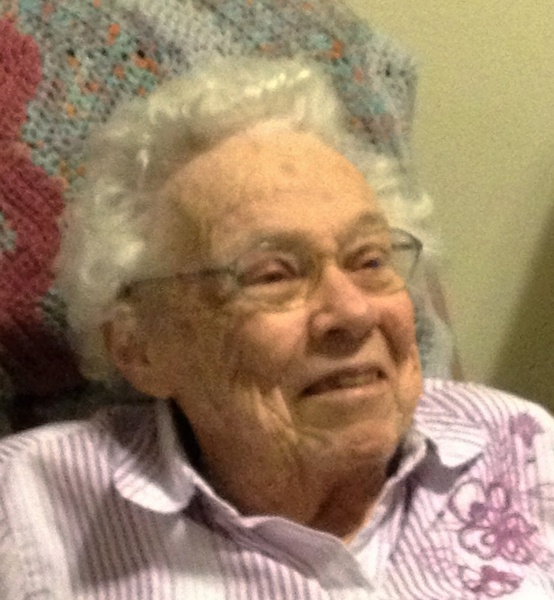 Margaret Cassina Turner, age 94 of Junction City, passed away Wednesday, October 26, 2016 at the Geary Community Hospital in Junction City. She was born on December 11, 1921 in Pretty Prairie, the daughter of Edgar John and Mary Agnes (Patton) Seyb. On March 24, 1956, she was married to William Leonard Turner, who preceded her in death in 2009. Margaret was an elementary school teacher at Jefferson Elementary School at Fort Riley from 1963 to 1984.  She also was a teacher at Lone Star Country School near Pretty Prairie, Kansas; at Lincoln Elementary in Hutchinson; Sylvia Grade School in Sylvia, Kansas as well as several other rural Kansas schools. She was a member of the First Presbyterian Church in Junction City, Kappa Kappa Iota, and Business Professionals Association.  She enjoyed playing the piano, doing word searches and making the world's best cinnamon applesauce and banana chocolate chip cookies.   After her retirement from teaching, she and her husband farmed Lazy T farm near Plevna, Ks. Also they joined music groups that entertained at retirement homes near and around the Reno County area. She is survived by her son, Jim Turner and wife Martha of Olsburg; her daughter, Betty Turner of Springfield, Missouri; five grandchildren, Eric Blain and wife Kayla, Amy Blain, Laura Turner, Jennifer Wipf and husband Troy, Maribeth Shafer and husband Allen, and one great grandson, Samuel Blain. In addition to her husband, she was preceded in death by two brothers, Edgar J. Seyb, Jr. and Robert "Bob" Seyb. Graveside services will be held at 3:00 P.M., Friday, November 4, 2016 at the Highland Cemetery in Junction City with Pastor Sue Trei-Conrad officiating.  Following the graveside service, the family will greet friends from 4:00 until 6:00 P.M. at the First Presbyterian Church of Junction City at 113 W. 5th Street, Junction City, Kansas.  Respect calls may be made anytime Thursday at the Anderes-Pfeifley Funeral Home in Riley. A memorial has been established for the First Presbyterian Church of Junction City. Contributions may be left in care of the Anderes-Pfeifley Funeral Home in Riley.
To order memorial trees or send flowers to the family in memory of Margaret C. Turner, please visit our flower store.