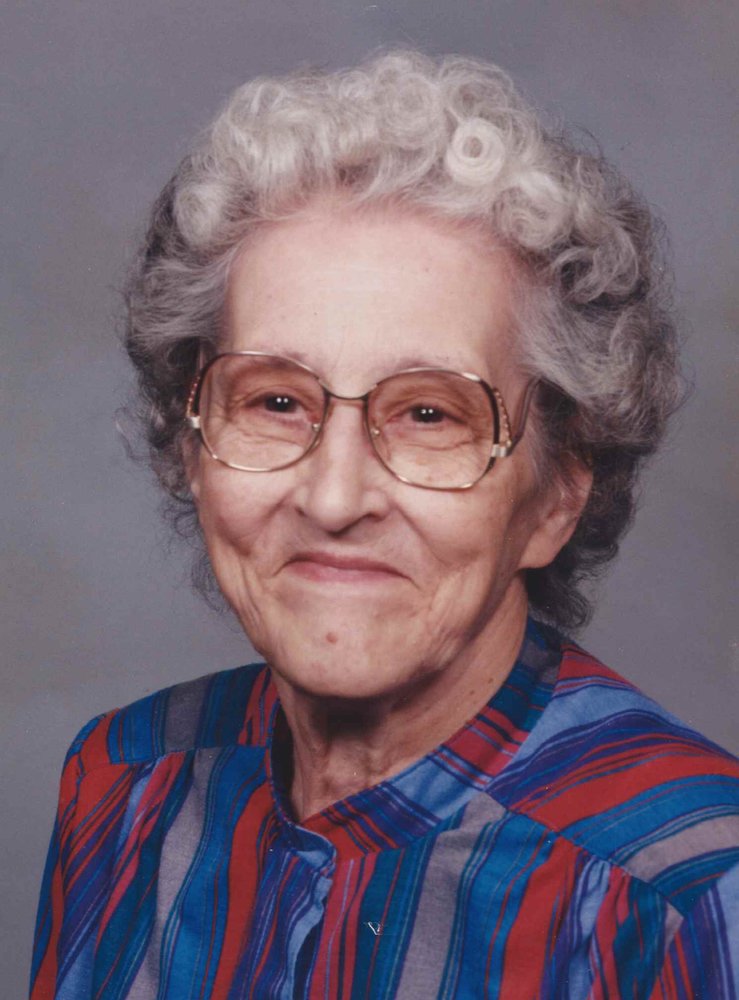 Louise Dorothy Emma Sexton, age 96 of Alma and formerly of Clay Center, entered her immortal life on Monday, May 21, 2018 at the Plaza West Regional Health Center in Topeka.

Louise was a homemaker and very happy to be a “ military wife.”  She often told people that she moved 22 times during her husband’s Army career including flying with her three children under ten years of age to Paris France for a two year stay in 1957.  She was an avid reader and enjoyed listening to Christian radio before going to bed and keeping a journal.

She is survived by one son, Walter Sexton and June of Lawrence; two daughters, Linda Mitchell and Sid of Topeka and Judy Burnett and Bill of Alma; five grandchildren and four great grandchildren.

In addition to her husband, she was preceded in death by one brother, Awaldt Schmidt and three sisters, Minnie Maple, Malinda Simnitt and Lena Noyes.

Graveside services will be held at 11:30 a.m. Saturday, May 26, 2018 at the Green Cemetery, south of Green with Pastor Kevin Larson officiating.  Respect calls may be made on Friday at the Anderes-Pfeifley Funeral Home.

A memorial may be made to Samaritan’s Purse and left in care of the Anderes-Pfeifley Funeral Home.

To order memorial trees or send flowers to the family in memory of Louise Sexton, please visit our flower store.
Send a Sympathy Card