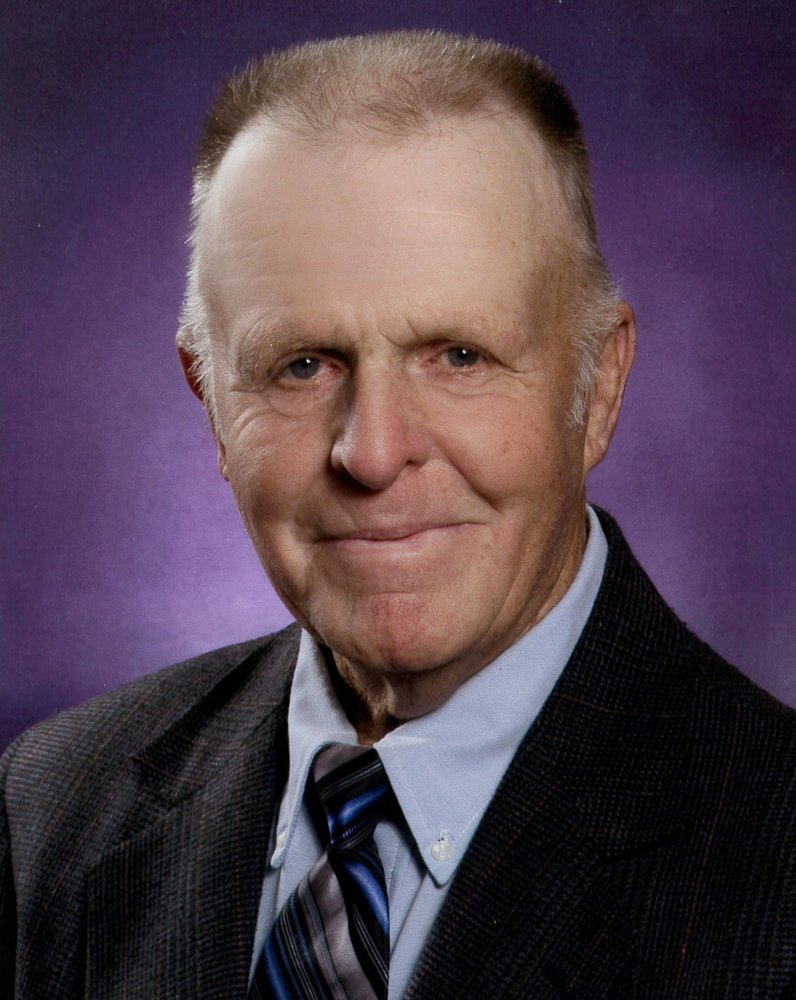 He was born on November 2, 1932 on the family farm near Leonardville, the son of Lawrence William Kenneth and Elsie Christine (Hanson) Oman.  He graduated from Leonardville High School in 1950.

On December 2, 1951 at the Walsburg Lutheran Church, he was married to Lorraine Grace Walstrom.  She survives of Leonardville.

Loren was a farmer and stockman and a member of the Walsburg Lutheran Church.  He served on the Riley County School Board and was an avid K-State fan, holding season basketball tickets for many years.  He enjoyed gardening, fishing, having coffee with friends at Mitch’s and attending his grandchildren’s activities.

Funeral services will be held at 10:30 a.m. Tuesday, January 23, 2018 at the Walsburg Lutheran Church with Rev. Keith Wiens officiating.  The family will receive friends from 7:00 until 8:00 p.m. Monday at the Anderes-Pfeifley Funeral Home.  Burial will be in the Walsburg Cemetery.

Memorials have been established for the Walsburg Lutheran Church and may be left in care of the Anderes-Pfeifley Funeral Home.

To order memorial trees or send flowers to the family in memory of Loren D. Oman, please visit our flower store.
Send a Sympathy Card