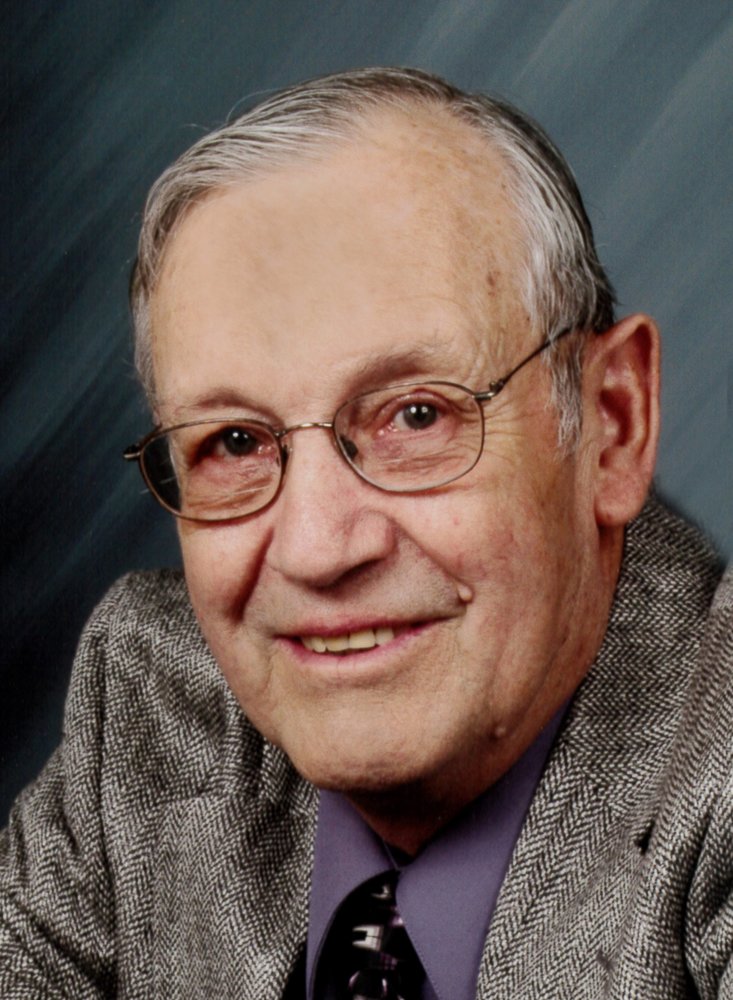 Lloyd Oscar Johnson, age 79 of Riley, passed away Wednesday, September 21, 2016 at his residence. He was born on December 21, 1936 in Junction City Municipal Hospital, the son of Oscar and Martha (Strauss) Johnson.  He was baptized in St. Paul’s Lutheran Church, Clarks Creek on January 17, 1937 and joined that church on April 2, 1950.  He later joined the Riley United Methodist Church. He attended rural schools in Geary County and graduated 8th grade in 1950.  He then attended Junction City High School.  He worked for Alexander and Son Motors in Junction City, before joining the U.S. Navy in September 1956.  He served four years as an Engineman Second Class.  When discharged, he returned to Riley, where he worked as a mechanic for Medlin Chevrolet, Inc. for 18 years. In early 1979, he formed his own company, PJ’s Service.   He sold the business and retired in 2004.  He was always willing to help anyone that needed help with their vehicles, no matter the time of day.  Lloyd felt it was important to serve in the community.  Shortly after moving to Riley, he offered his services for two terms in the Riley City Council, was a member of the Riley Volunteer Fire Department and a leader of the Explorer Scouts.   He also served on the U.S.D. 378 Board of Education and was the Mayor of Riley.  During his term as mayor, he was most proud of the building of the Riley Municipal Swimming Pool.  Lloyd and Marilyn were honored as being Grand Marshalls of the Riley Fall Festival in 1993.   He loved the outdoors and spent a lot of time fishing and hunting.  He taught Hunter’s Safety for many years and was most proud of helping the more challenged students pass the class.  His sons have many great memories of hunting and fishing trips and the special Sunday night meals after a long day spent outside.  Lloyd’s greatest joy came from his family.  On July 30, 1961 at the Riley United Methodist Church, he married Marilyn Walter.   Together they raised two sons.  The family enjoyed camping, sharing Sunday meals and stories and the annual summer vacations.  They always took extra time to visit friends and family.  The most special treasures in his life were his grandchildren.  He spoiled and loved them in many ways, especially enjoying Swedish pancakes and popcorn.  He is survived by Marilyn,  his two sons, Mark E. (Kimbra) Johnson of Juniata, Nebraska and Scott E. (Stephanie) Johnson of Manhattan; five grandchildren, Jacob D. Johnson, Jorji Jo Johnson, Madison E. Johnson, Taylor M. Johnson and Jarett M. Johnson.  Lloyd also considered Keith A. Hageman as his “adopted” son along with his wife (Larissa) and their children, Kodi and Kayden of Broken Arrow, Oklahoma; one brother, John E. (OK Sun) Johnson of Manhattan; one sister, Eva M. (Lynn) Zimmer of Leawood; and one sister-in-law, Kay Johnson of Brownstown, Indiana. He was preceded in death by his parents; four brothers, Robert L. Johnson, Donald D. Johnson, Raymond P. Johnson and Warren D. Johnson and two half-sisters, Alma C “Jean” (Perry) Grisham and Ingeborg O. “Gwen” (George) Goodin. Memorial services will be held at 10:30 A.M. Wednesday, September 28, 2016 at the Riley United Methodist Church with Rev. Bill Eisele officiating.  The family will receive friends from 6:00 until 8:00 P.M. Tuesday at the Anderes-Pfeifley Funeral Home.  Inurnment will be in the Riley Cemetery. Memorials have been established for KSU Johnson Cancer Research Center and Kansas Department of Wildlife Parks and Tourism for Outdoor Skills and Ethics Fund.  Contributions may be left in care of the Anderes-Pfeifley Funeral Home.
To order memorial trees or send flowers to the family in memory of Lloyd Johnson, please visit our flower store.
Send a Sympathy Card