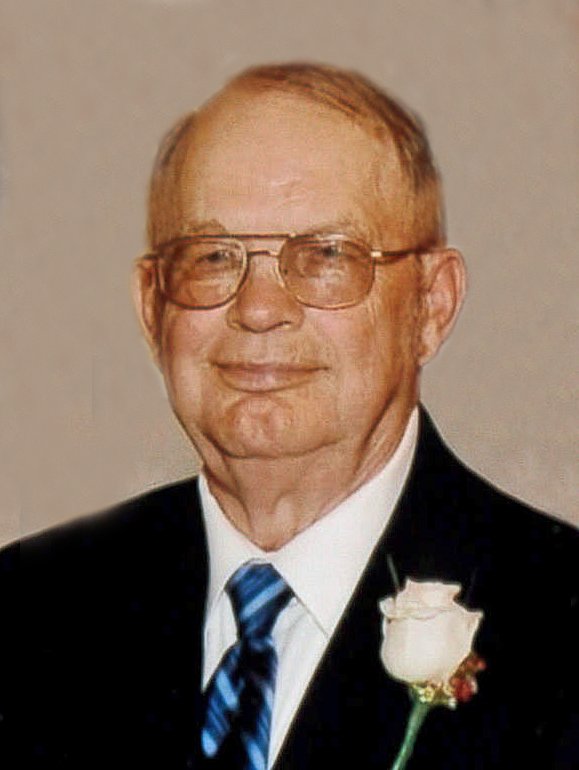 Leroy Martin Duensing, age 82, passed away Thursday, March 26, 2020 at the Nemaha Valley Community Hospital in Seneca. He was born on July 17, 1937 in Brighton, Colorado, the son of Fred and Irma (Stunkel) Duensing. He attended grade school in Brighton and moved with his parents to Marysville, Kansas when he was in the third grade. He graduated from Marysville High School and worked on the family farm. In 1960, he was drafted in the U.S. Army and was stationed at Fort Benning, Georgia. After basic training he was sent to Kaiser, Korea for 17 months. Leroy returned to the U.S. in 1963 as a Sergeant and moved to Bremen. He worked at the Herkimer COOP for five years until he decided on a future in insurance. He worked for five years with Bremen Farmers Mutual, twenty five years with the Allied Insurance Group of Bremen and the Hanover Insurance Agency for ten years. Leroy married Shirley Burgman Carlson in 1979 and they were together until her death in 2010. He then married Anita Schulte of Baileyville in 2013. They lived in Baileyville where he and Anita enjoyed gardening, peeling apples, making pies and planning their next vacation. They loved to travel and loved each other very much. He was a member of the Hanover American Legion for over 50 years. He was a member of the Immanuel Lutheran Church in Bremen where he served as the Financial Secretary for 32 years. Leroy loved his church and was very involved with church activities. He is survived by his wife Anita Schulte Duensing; one brother, Eldor Duensing and wife Velma of Bremen; four step children, Bob Schulte and wife Sherri of Hoyt, Brent Schulte and wife Kelly of Auburn, Michele Moran of Broken Arrow, Oklahoma and Rene Feldkamp and husband Ron of Seneca; twelve grandchildren and three great grandchildren and many nieces and nephews. In addition to his first wife Shirley, he was preceded in death by his parents and two sisters, Bernice Luedders and Eileen Linkugel. Respect calls may be made from 2:00 until 6:00 p.m. Sunday, March 29, 2020 at the Anderes-Pfeifley Funeral Home. Funeral services will be held at 11:00 a.m. Monday, March 30, 2020 at the Immanuel Lutheran Church in Bremen with Rev. Aaron T. Fenker, Sr. officiating. The family will receive friends from 10:00 a.m. until service time on Monday. Burial with Military Honors will be in the Immanuel Lutheran Church Cemetery. A memorial has been established for the Immanuel Lutheran Church.  Contributions may be left in care of the Anderes-Pfeifley Funeral Home.
To order memorial trees or send flowers to the family in memory of Leroy Duensing, please visit our flower store.
Send a Sympathy Card