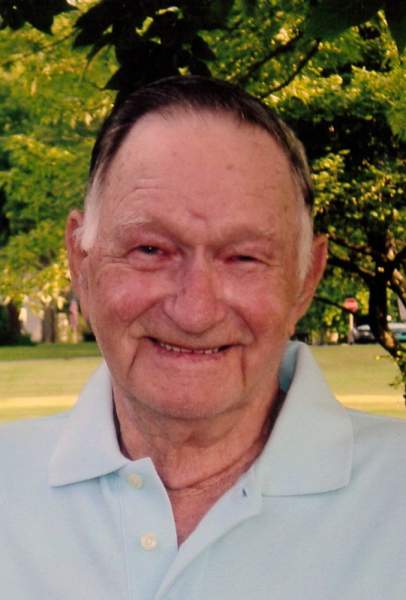 Mass of the Christian Burial

Leo Dwight Burgman, age 95 of Leonardville, passed away Sunday, September 27, 2020 at his residence. He was born on July 30, 1925, the son of Oscar Emanuel and Anna Edna (Daniels) Burgman. He graduated from Randolph High School and then served in the United States Coast Guard. Leo had the distinct honor in 2018 to travel to Washington D.C. on the Honor Flight #63 from Kansas. On September 3, 1951, he married Rose Marie Esslinger. She preceded him in death in 2003. He later married Bonita Leah Sprecker on August 28, 2005. She preceded him in death in 2015. Leo was a farmer and loved spending time with his grandchildren and attending their sporting events. He was a member of Saints Peter and Paul Catholic Church, Leonardville Lions Club and was a former board member of the Leonardville City Library. He coached and umpired softball games, enjoyed gardening and watching KU sports and the Kansas City Royals. He is survived by two sons, John Burgman and Sandra of San Antonio, Texas and David Burgman and Jane of Leonardville; three daughters, Janet Munoz & Steve of Topeka, Shirley Vandahl and Vernon of Manhattan and Teresa Hopper and Garth of Leonardville; three sisters, Judy Springer of Hanover, Sharon Harding of Leonardville and Sandra Rightmeier of Randolph; nine grandchildren, Jenny Racette (Brian), Matt Vandahl, Heather Poore (Craig), Amber Hopper, Kenny Hopper (Audrianna), Jada Burgman, Brock Burgman, Derek Burgman and Brandon Burgman and four great grandchildren, Tyler Racette, Zac Racette, Addison Poore and Zane Poore. In addition to his wives, he was preceded in death by three brothers, John Burgman, Harold “Sprug” Burgman and Val “Ferd” Burgman and three sisters, Delores Gillespie, JoAnn Fluharty and Shirley Duensing. Mass of the Christian Burial will be held at 10:30 a.m. Friday, October 2, 2020 at the Saints Peter and Paul Catholic Church with Fr. Don Zimmerman as Celebrant and Fr. Merlin Kiefer as Co-Celebrant. Respect calls may be made all day Thursday at the Anderes-Pfeifley Funeral Home where the family will be present from 6:00 p.m. until 8:00 p.m. Burial will be in the Greenwood Cemetery. Memorials have been established for Good Shepherd Homecare and Hospice and the Leonardville City Library. Contributions may be left in care of the Anderes-Pfeifley Funeral Home.
To order memorial trees or send flowers to the family in memory of Leo Burgman, please visit our flower store.

Mass of the Christian Burial