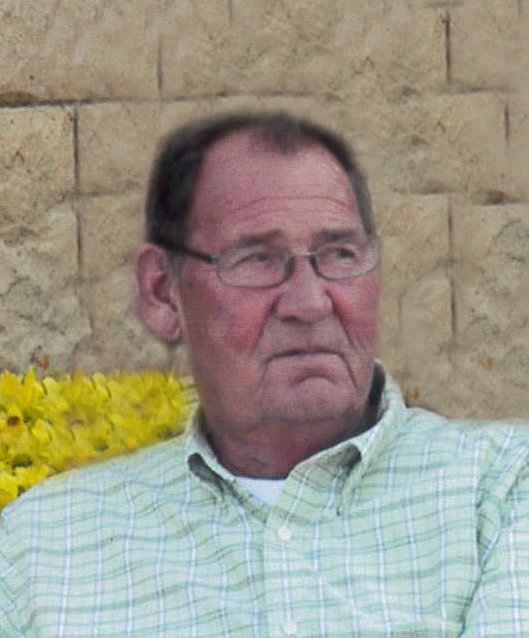 Larry E. Robinson, age 77 of Manhattan, passed away Tuesday, February 28, 2017 at the Via Christi Hospital in Manhattan. He was born on April 14, 1939 in Coeur d’Alene, Idaho, the son of Charles F. and Myrtle (Claussen) Robinson. On September 3, 1961 at Walsburg Lutheran Church, he was married to Linda Lee Miller. She survives of the home. Larry was a printer and pressman for Ag Press. He was a member of the Manhattan American Legion, an avid outdoorsman and enjoyed working on small engines and going to auctions. He loved watching his grandchildren’s sporting events and attending K-State football and basketball games, where they were longtime season ticket holders. In addition to his wife, he is survived by one daughter, Annette Rheaume and Jeff of Riley; one son, Eric Robinson of Holt, Missouri; two granddaughters, Becca Meader and Tyson of Riley and Rachel Rheaume and friend J.R. Elliott of Casa Grande, Arizona; two great grandchildren, Trinity and Trenton Meader of Riley; one sister, Shirley Lankford of Wichita; one sister-in-law, Judy Muench of Scott City; one nephew, Wayne Robinson and two nieces, Julie Dawson and Marge Robinson. He was preceded in death by his parents; two brothers, Jack and Jerry Robinson; a brother-in-law, J.D. Muench and a nephew, Jay Muench. Funeral services will be held at 10:30 a.m. Saturday, March 4, 2017 at the Walsburg Lutheran Church with Pastor Kevin Larson officiating. Respect calls may be made anytime Friday at the Anderes-Pfeifley Funeral Home. The family will receive friends from 7 until 8:00 p.m. Friday. Burial will be in the Walsburg Cemetery. Memorials have been established for the Walsburg Lutheran Church and the Johnson Cancer Research Center. Contributions may be left in care of the Anderes-Pfeifley Funeral Home.
To order memorial trees or send flowers to the family in memory of Larry E. Robinson, please visit our flower store.
Send a Sympathy Card