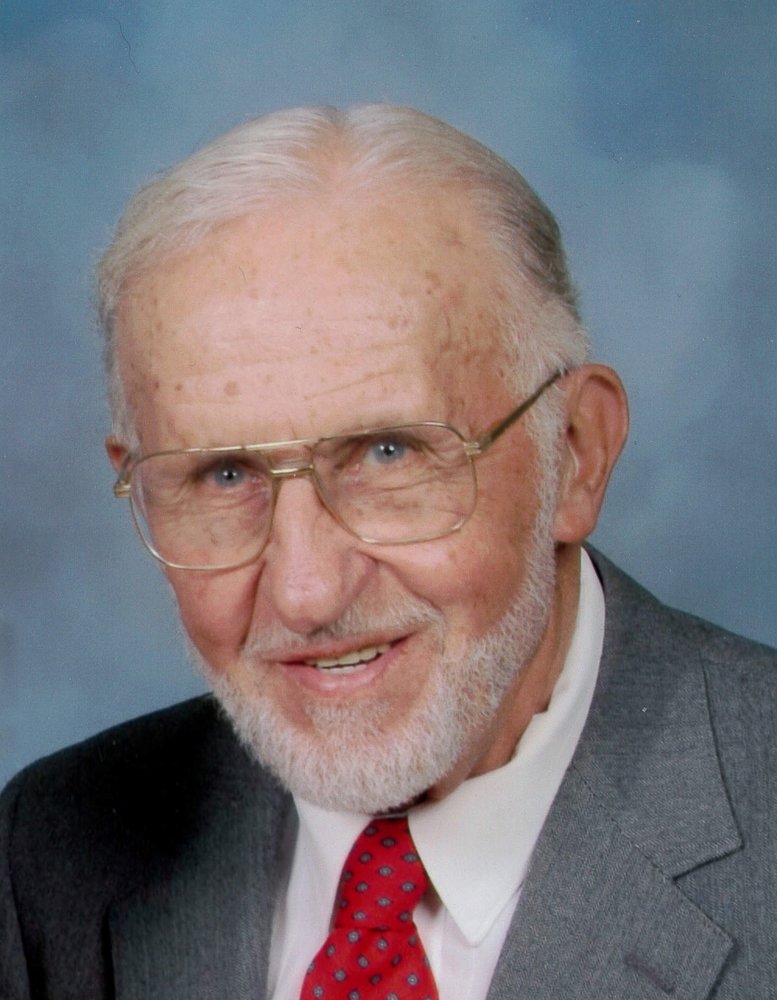 Klaus Markus Hass, a longtime resident of Riley County, died at the age of 91 on Wednesday, August 22, 2018 at Via Christi Village.

He was born on March 4, 1927 in Kiel, Germany, the son of Johannes Christian and Betti Katherina (Gill) Hass.  He was baptized while being a surgery patient at the University of Kiel Children’s Hospital on March 10, 1927.  Klaus was confirmed on March 21, 1943 at the Evangelical Lutheran Jacobi Church in Kiel.

A childhood dream and fascination with the American West and the pioneers who opened the vast land to the Pacific Ocean, kindled a desire for adventure that at last opened the door to reality through circumstances beyond the remotest dreams.  A mix-up in censored mail brought him in contact with the Kiesow and Martin families in Osage City, Kansas.  On July 28, 1952, Klaus immigrated to American.

Klaus’s first job in America was as a ‘Grease Monkey’ with the Hewitt Motor Company in Osage City.  He worked at various jobs in and around Osage City for the next three years as a section hand on the Santa Fe Railroad, on a bridge gang and as a farm hand.  He also maintained a steady evening and weekend job as a projectionist at the Osage Theater.  On March 18, 1958, he became an American Citizen.

He earned his BS Degree in Pharmacy in 1960 from the University of Kansas in the School of Pharmacy.  He served his internship at the Halstead Clinic and Stormont-Vail Hospital in Topeka.  He passed his State Board Examination in 1961 and accepted the position as Director of Pharmacy at The Saint Mary Hospital in Manhattan.  He served there until his retirement in 1989.  In addition to his Pharmacy duties, Klaus served as Director of Material Management, Central and Sterile Supplies and as a member on the MAC committee.  In his early retirement years he did relief work at different pharmacies and on a part time basis at Lafene Health Center.  He was a longtime member of St. Luke’s Lutheran Church, where he served on several boards and as president of the congregation.  He was a charter member of the Keats Lions Club and served the club on various boards and several times as its president.

At the hospital, Klaus met his wife, Erna Grater.  They were joined in Holy Matrimony on December 1, 1962 at St. Luke’s Lutheran Church in Manhattan.  Their marriage was blessed with the birth of their son, James Christian on June 2, 1966. Klaus is mourned and survived by his Erna of Keats; his son, James Hass and wife Dawn of Salina and numerous relatives and friends both here and in Germany.  He was preceded in death by his parents.

Funeral services will be held at 10:30 a.m. Monday, August 27, 2018 at the St. Luke’s Lutheran Church in Manhattan with Rev. Michael Schmidt officiating.  The family will receive friends from 5:00 until 6:00 .m. Sunday at the Anderes-Pfeifley Funeral Home.  Burial will be in the Riley Cemetery.

Memorials may be made to the St. Luke’s Lutheran Church, Good Shepherd Hospice House or the the Donor’s Choice and left in care of the Anderes-Pfeifley Funeral Home.

To order memorial trees or send flowers to the family in memory of Klaus Hass, please visit our flower store.