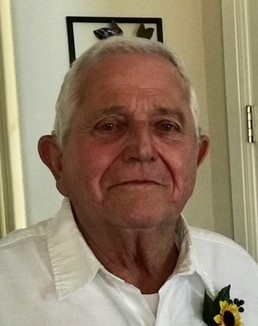 Ken was born January 6, 1948, in Marysville, to John H. and Beulah A. (Jewell) Wanamaker and was raised in the area by Don & Beulah Nider.  He graduated from Valley Heights High School in 1967.  After high school he attended Beloit VoTech where he earned a certificate as a Diesel Mechanic.   He joined the US Navy in 1968 and served as a SeaBee for nine years, including tours in Vietnam, Hawaii and Okinawa, Japan.  In 1968 he married Jeanie Ford, they later divorced.

Ken worked as a master assembler for Landoll’s retiring in 2010.  He enjoyed fishing, tinkering with motors and old cars in his earlier years and collecting old fishing and hunting equipment later on. He loved to joke and be a little ornery to get a smile.  He was really proud of his kids and grandkids, and he was excited to learn he was going to be a great-grandpa soon.

Memorials are suggested to the Valley Heights Scholarship Fund and may be sent in care of Christie-Anderes Funeral Home at PO Box 61, Waterville, Kansas 66548.

To order memorial trees or send flowers to the family in memory of Kenneth L. Wanamaker, please visit our flower store.