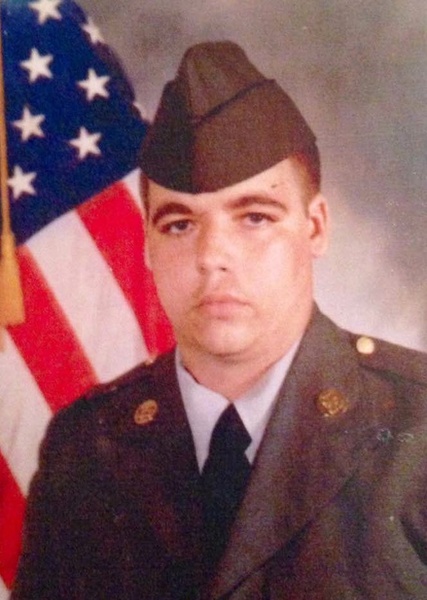 He was born on July 11, 1957 in Kansas City, Missouri, the son of Larry Dale and Dorothy Mae (Lanning) Cramer.  He was married to Earlene Meyer in 1975.  They later divorced.

Kenneth was a contractor for the U.S. Army Reserve and served for over 20 years in the U.S. National Guard.  He was a member of the SS Peter and Paul Catholic Church in Clay Center and a 4th Degree Knight, V.F.W. and American Legion.  He enjoyed hunting, fishing, camping, cooking, riding ATV’s in the dunes and trails and was a devoted Chiefs and Royals fan.

He is survived by his father, Larry Cramer of Blue Springs, Missouri; two sons, Kevin McCush of Milford and Christopher McCush of Leonardville; one grandson, Tyson McCush of Milford; his sister, Sandra Freerksen and Ronald of Las Vegas, Nevada and two uncles, James and William Lanning, both of Texas.

He was preceded in death by his mother, Dorothy Cramer.

Funeral services will be held at 12:00 p.m. Wednesday, December 6, 2017 at the Anderes-Pfeifley Funeral Home with Father Randall Weber as officiant.  The family will receive friends from 11:00 a.m. until service time on Wednesday.  Burial with Full Military Honors will be in the Kansas Veterans’ Cemetery.

In lieu of flowers, memorials may be made to the Kenneth Cramer Memorial Fund and left in care of the Anderes-Pfeifley Funeral Home.

To order memorial trees or send flowers to the family in memory of Kenneth Cramer, please visit our flower store.