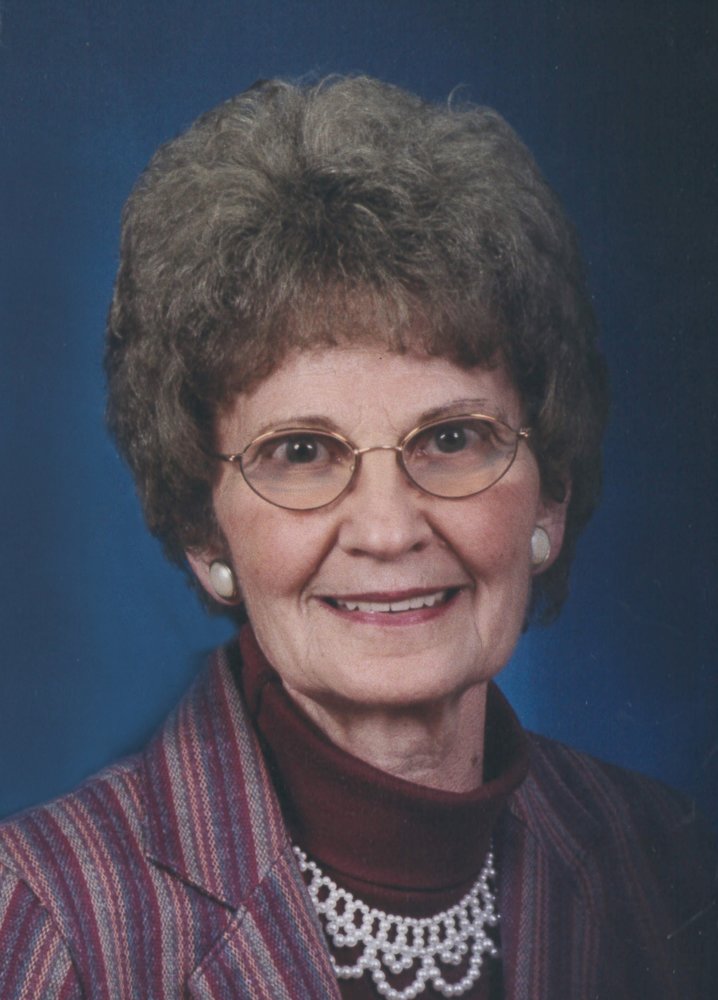 She was born on August 7, 1932 in Clay Center, the daughter of Roy and Emilie (Nanninga) Lagerquist.

Janet graduated from Kansas State University and was a teacher until she had children.  She then stayed home to raise her children and was the bookkeeper for the family business, Peterson Construction.  She was a member of the Leonardville United Methodist Church, Methodist Women, Leonardville Homemakers Club and enjoyed the Tuesday Sing-A-Long at the Leonardville Nursing Home. Janet had a strong faith in God and it served her family well. She was an avid K-State fan, following all sports and also the Royals.

In addition to her husband, she was preceded in death by her parents and one sister, Sylvia Jacobson.

A memorial has been established for Leonardville Nursing Home.  Contributions may be left in care of the Anderes-Pfeifley Funeral Home.

To order memorial trees or send flowers to the family in memory of Janet Peterson, please visit our flower store.
Send a Sympathy Card