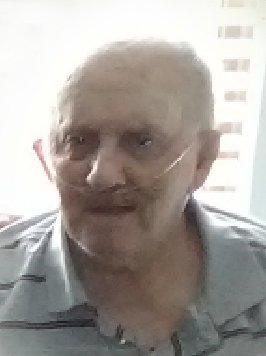 He was born on February 24, 1930 in Boston, Massachusetts, the son of James David, Sr. and Beatrice Olive (Bishop) Nelson. He was a member of U.S. Army and served in Korea and Vietnam.  Following his military career, he was a handyman, doing all sorts of carpentry and other things people needed help with.  He was a member of the American Legion and loved doing craft work.

He was preceded in death by his parents; two sisters, Pauline Manning and Jean Abbott and one brother, Frank Nelson.

Graveside services with Military Honors will be held at 11:00 a.m. Monday, October 8, 2018 at the Highland Cemetery in Wakefield with Pastor Kevin Larson officiating.  The family will receive friends from 5:00 until 7:00 p.m. Sunday at the Anderes-Pfeifley Funeral Home.

A memorial may be made to the Wounded Warriors Project and left in care of the Anderes-Pfeifley Funeral Home.

To order memorial trees or send flowers to the family in memory of James D. Nelson, Jr., please visit our flower store.
Send a Sympathy Card