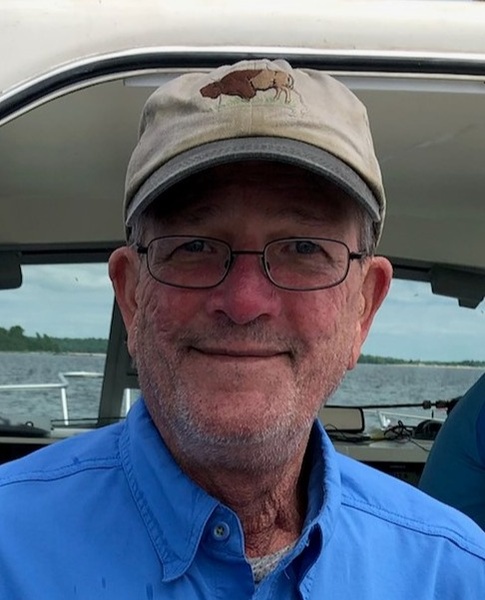 Jim was born on November 24, 1950 in Colorado Springs, Colorado, to Arlo and Patricia (Genschorck) Livergood. Jim grew up and spent his formative years in the Waterville and Manhattan, Kansas area. On September 6, 1969, he married Mary Schultz. They spent the next 53 years together, thirty of those years, traveling the world, in service of the United States Air Force.

Jim enlisted in October of 1970, serving with honor and distinction, retiring as a Chief Master Sergeant, (E9). Of note, Jim achieved the rank of E9 in his 18th year of service. He served 30 years, at duty stations all over the world. Most of them with Mary and their daughters by his side. Jim served over 12 years of his career as an E9, Chief Master Sergeant, a rare honor.

Jim was instrumental in building the B-2 Stealth Bomber maintenance program. He planned and oversaw the delivery of the first B-2 Stealth Bomber to Whiteman Air Force Base. Whiteman Air Force Base was his final duty station. Jim didn’t brag or boast about his military career. However, reading his paperwork after his death, it was clear that although several Generals and politicians were the fathers of the B-2 program, Jim Livergood was its mother. Jim stacked up more military awards and citations than can be recounted. However, the Meritorious Service Medal with 5 Oakleaf Clusters and the Air Force Commendation medal with 2 Oakleaf Clusters were representative.

Jim took quiet pride knowing that “his” B-2’s, after leaving Whiteman Air Force Base, silently and without notice, could rain down fire and brimstone halfway around the world. To then return safe and sound and be prepared for whatever came next, by Jim and his crews.

After his retirement, Jim and Mary remained on the land that they had bought at the house that they had built and became grandparents and bison farmers.  Jim served as the president of the Missouri Bison Association and spent the next 22 years hunting, fishing, traveling to the national parks and spending time with family and friends. He was devoted to his grandchildren.

Jim’s family events and outings were frequent and common. They included not only his immediate family but his nephews, friends, cousins and second cousins. Jim loved his family and was particularly fond of those he had grown up around as a child and teenager.

Jim often spent days or weekends traveling to see or be with a family member, especially on Memorial Day or other holidays. He enjoyed the Chiefs, Royals and their games, in person. Always with family.

Jim was preceded in death by his parents. He is survived by his wife, Mary Livergood, two daughters, Carisa Sims (Tom Lemon) of Topeka and Angela Livergood of Columbia, Missouri; his sister, Cathy Henton of Emporia; five grandchildren, Sydney and Sloane Sims of Topeka, Cody Montez, Ethan and Bentley Adams of Columbia, Missouri; two great grandchildren, Marlee and Legend.

Jim was a reader. Jim was knowledgeable about most subjects. He had an expert level of knowledge in several. Much of this he would attribute to his love of reading and the voracious nature of such. If Jim could have chosen where and when to live, it would have been in the mid 1800’s in Kansas, on horseback.

Jim became very good friends with the ladies at Trails Regional Library, 813 S. Main Street, Concordia, Missouri 64020. He read nearly every book in the library. In lieu of flowers, the family requests that Jim’s name be honored by memorial contributions to the library. Contributions may be mailed in his honor directly to the library or may be left in care of the Christie-Anderes Funeral Home.

Memorial Services will be held at 11am on Tuesday, August 2, 2022 at the Afton Trinity Lutheran Church, southwest of Marysville, Kansas with Curtis Melcher officiating. Inurnment with Military Honors will be in the Afton Cemetery. A lunch will follow at the Waterville Community Center.

To order memorial trees or send flowers to the family in memory of James (Jim) E. Livergood, please visit our flower store.