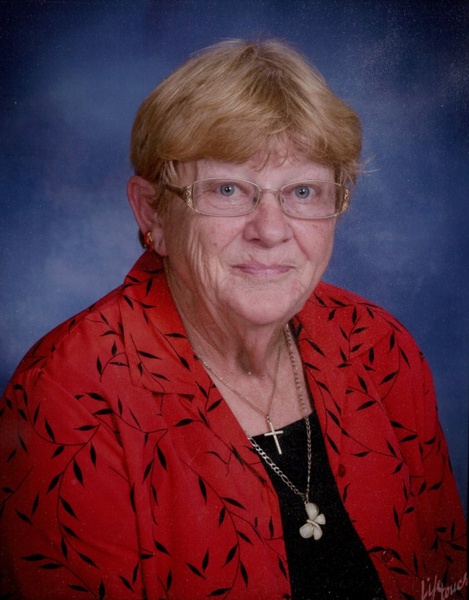 She was born on a snowy day on November 28, 1946 in Wamego, the daughter of Chester Raymond and Bernadine Ella (Niedfeldt) Songs. Jackie attended Hinerville District 15, a one room country school thru eighth grade and graduated from Wamego Rural High School.  One of her first jobs was working at the Swirly Top as waitress, where all the Songs girls worked in high school.

After graduation, she obtained a job at Farm Bureau in Manhattan and worked there for many years.  While working there, she met and married Dennis Toburen of Riley.  They were the proud parents of Chrisite Rae Toburen.  They later divorced.

Jackie moved to Ridgecrest, California in 1978 and was employed by Albertson’s as a bookkeeper and Contel Telephone.  While in Ridgecrest she met and married Richard B. Lasell on June 14, 1980.  They were the proud parents of Jennifer Lynn Lasell.  They later divorced.

She moved back to Kansas with her two daughters in 1986.  Jackie then met and married Virgil Junior Wohler of Riley on November 18, 1994.  He preceded her in death on July 1, 2006.  While in Kansas, she worked for Wal-Mart as a cashier.  She suffered from Parkinson’s Disease and was wheelchair bound the past several years.

She was preceded in death by her parents; a sister, Ella Hesse and a brother, Dennis Songs.

Funeral services will be held at 2:00 p.m. Thursday, May 2, 2019 at the Anderes-Pfeifley Funeral Home in Riley with Pastor Kevin Larson officiating.  The family will receive friends from 6:00 until 7:00p.m. Wednesday.  Interment will be in the Bala Cemetery.

A memorial has been established for Great Lakes Hospice.  Contributions may be left in care of the Anderes-Pfeifley Funeral Home.

To order memorial trees or send flowers to the family in memory of Jacqueline Wohler, please visit our flower store.