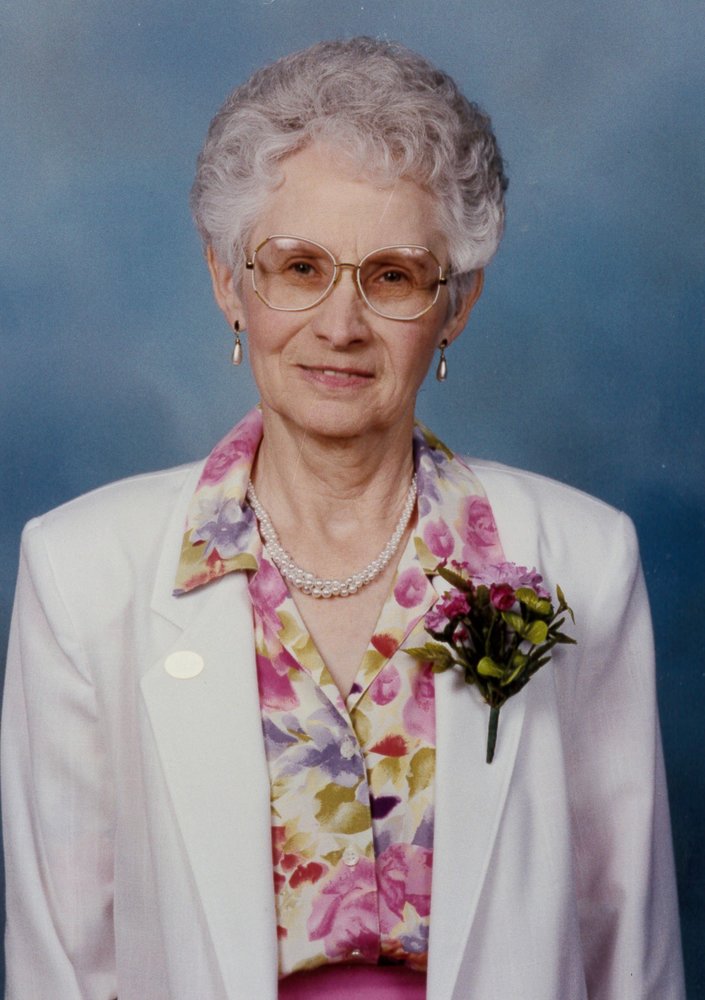 Ila Mae Pultz, age 96 of Riley, passed away Saturday, January 2, 2021 at the Meadowlark Hills Wroten House. She was born on January 27, 1924 at her grandparents house in May Day, the daughter of William and Ada (Auchard) Hollowell. Ila was a tomboy and loved to climb trees. Her family moved several times from south of Barnes, to east of Riley and to west of Keats. She graduated from Keats Rural High School where she walked four miles to school. On November 23, 1942, she married her high school sweetheart, Argel Pultz who was stationed on the west coast and spent 21 months in the South Pacific. He preceded her in death on January 7, 1998. Following Argel’s time in the Navy, they moved back to Kansas and became residents of Riley in 1954 where they were co-owners of the Hassebroek Grocery Store and she was a school cook. Ila was a member of the Riley United Methodist Church and an active member of the American Legion Auxiliary and Riley Neighborhood Club for many years. In the fall of 2010, Ila decided she’d had enough of yard work, keeping her home going and picking her beloved gooseberries and decided to move to Meadowlark Hills Retirement Community for her final years. She is survived by four children, Aleta Esslinger of Manhattan, David Pultz and wife Jeannette of Leonardville, Quinten Pultz and wife Becky of Riley and Arden Pultz and wife Rhonda of Manhattan; three sisters, Wanda Goff, Betty Wohler and Winona Hollowell; one sister-in-law, Lu Hollowell; 11 grandchildren and 18 great grandchildren. In addition to her husband, she was preceded in death by her parents; three sisters, Wilma Hermann, Bonnie Stone and Jeannie Bradshaw; three brothers, William Hollowell, Robert Hollowell and Wayne Hollowell and her good friend, Warren Walter. Respect calls may be made from 9:00 a.m. until 6:00 p.m. Tuesday, January 5, 2021 at the Anderes-Pfeifley Funeral Home. Funeral services will be held at 2:00 p.m. Wednesday, January 6, 2021 at the Anderes-Pfeifley Funeral Home with Pastor Kevin Larson officiating. Burial will be in the Riley Cemetery. A memorial may be made to the Meadowlark Hills Foundation. Contributions may be left in care of the Anderes-Pfeifley Funeral Home.
To order memorial trees or send flowers to the family in memory of Ila Pultz, please visit our flower store.
Send a Sympathy Card