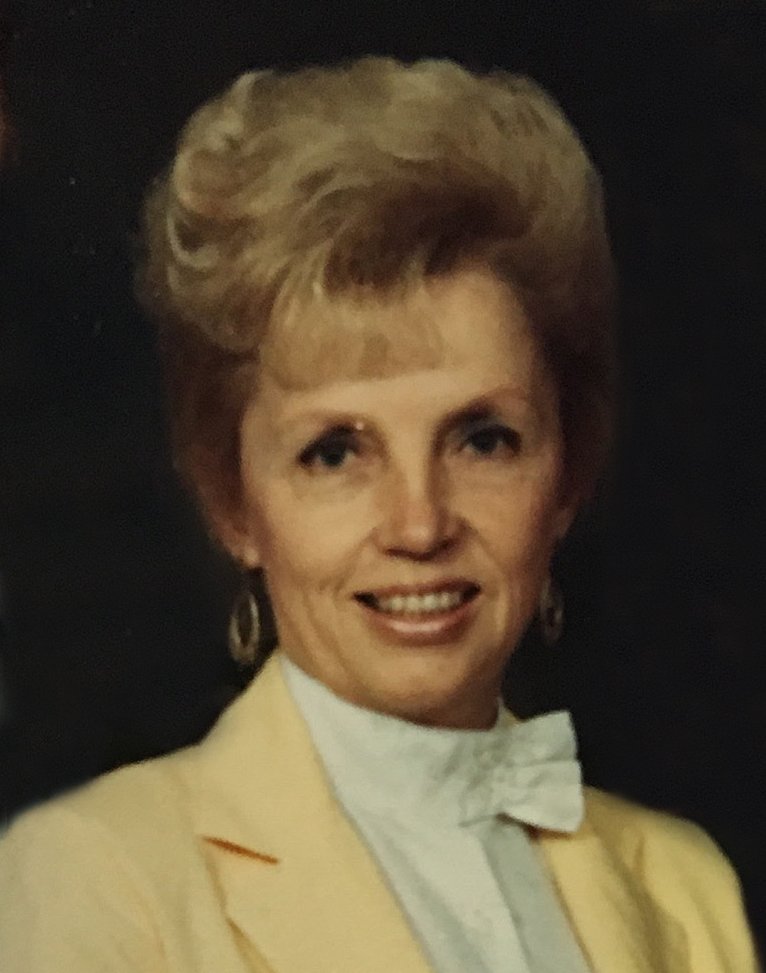 Ida Louise Schultes, age 87 formerly of Randolph, passed away Thursday, March 5, 2020 at the Eureka Nursing Center. She was born on September 17, 1932 on the family farm near Waterville, the daughter of Edwin C. and Alpha E. (Rice) Johnson. She attended grade school at Keystone District School and graduated from Waterville High School as Co-Salutatorian of her class. In 1951, she married Dale Olson and they had two children. They later divorced in 1979. In 1980, she married Leon “Poots” Schultes and they remained together until Leon passed away on October 31, 2012. Louise worked for 31 years for the U.S. Government at Fort Riley as a Computer Specialist/Information Systems Consultant. She started as a clerk typist in 1959 and worked her way up. She took 67 college credit hours while working there and retired in 1990. Following her retirement, she started a small computer consulting firm and worked part time for KSU as a computer trouble shooter in the Ag Extension Department. She also became certified as a tax preparer, doing a portion of her tax work for free through the VITA program. She worked along side her husband Leon on the farm doing whatever needed to be done, such as hauling grain, filling planter boxes and many other things. She was a member of the Randolph United Methodist Church and served as board treasurer for six years. She participated in the UMC Women’s organization and played the piano for the church as well. She served on the Riley County Conservation District Board and the Crooked Creek Cemetery Board up until her health failed. She was a 4-H Community Leader as well as project leader for 16 years. She was a member of the Business Professional Women’s Organization, The Manhattan Shakespeare Club and the Riley County Heart Association. In her free time she enjoyed making ceramics and painting pictures of wildlife and portraits of family members and friends. She had many “deer” friends and also enjoyed taking trips to visit distant places, family and friends whenever she and Leon could leave the farm for a few days. She is survived by her one son, Donald D. Olson of Hartwell, Georgia; one daughter, Janet E. Robbins (Leonard “Lee”) of Yates Center; four grandchildren, Elizabeth Mann (Daniel), Melissa Swartz (Brice), Riley Robbins (Nicole) and Melanie Robbins; five great grandchildren, Ryan Coleman, Jordynn Swartz, Addilee Swartz, Brad Mann and Owen Robbins; one sister, Ruth Harder (Fred) of Canyonville, Oregon and one brother, Marvin Johnson of Tigard, Oregon. She was preceded in death by her parents and her husband, Leon. Funeral services will be held at 2:00 p.m. Saturday, March 14, 2020 at the Randolph United Methodist Church with Pastor Sandy Ferguson officiating. Burial will be in the Randolph Fancy Creek Cemetery. A memorial has been established for the Randolph United Methodist Church and Alzheimer's Association.  Contributions may be left in care of the Anderes-Pfeifley Funeral Home.
To order memorial trees or send flowers to the family in memory of Ida Louise Schultes, please visit our flower store.
Send a Sympathy Card