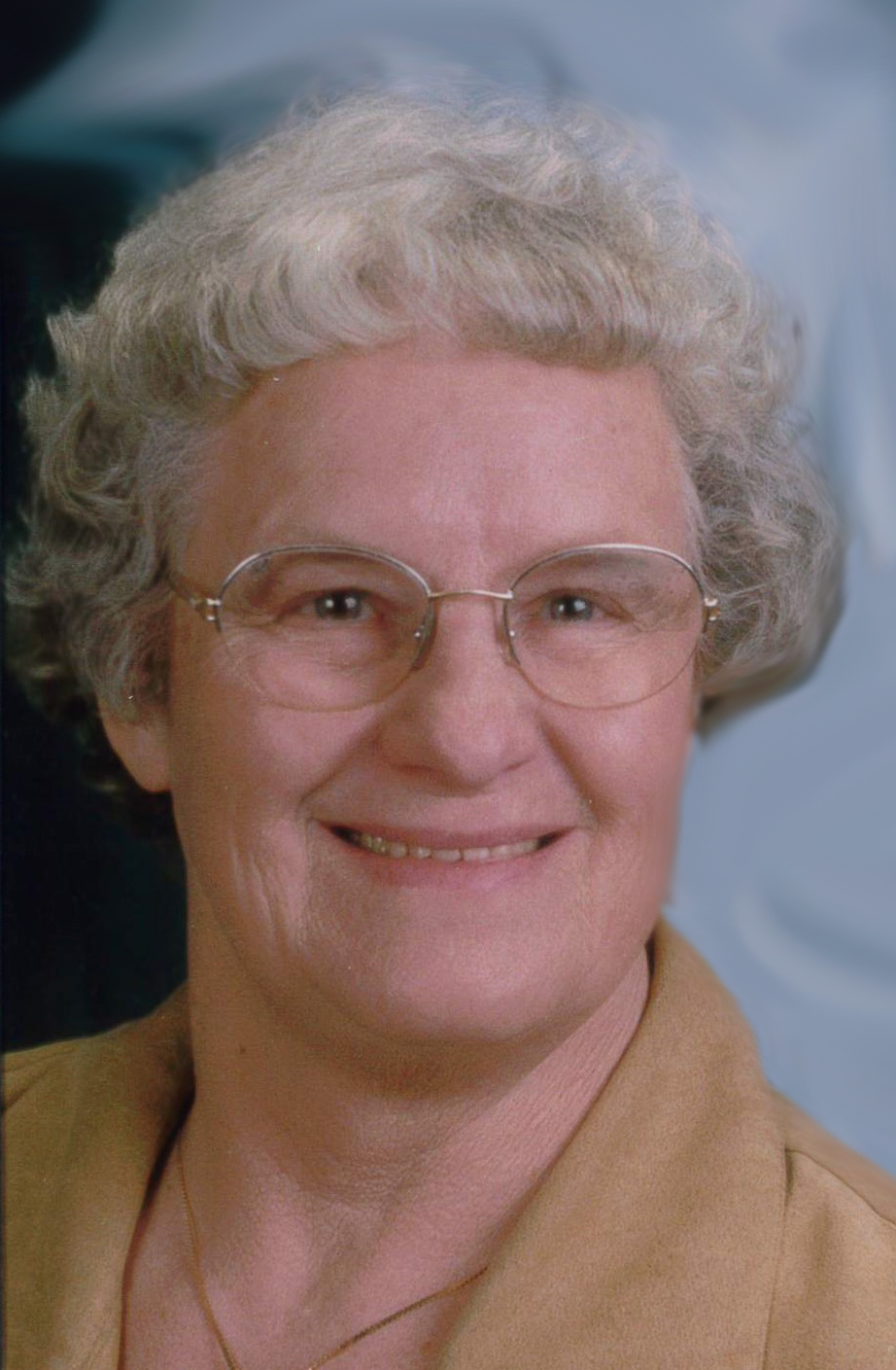 Helen was born, March 18, 1932, to Lester and Viola Eaken just outside Richland, Missouri. The Eakens later moved to Blue Rapids when Helen was in High School. It was there she met her future husband Howard Paul Miller also of Blue Rapids. They were married February 24, 1952.

Howard served in the US Air Force in New Mexico where Helen joined him. Helen gave birth to their first child there. The couple later moved to Alaska where they lived for the remainder of Howard’s military service.

They later moved back to Blue Rapids where they welcomed their second child. After several years of moving for Howard to work in construction and the railroad, they moved back to a farm Northeast of Blue Rapids, approximately a half mile south of his parents’ farm.  There the family flourished and welcomed four more children.  Later Helen and Howard moved into his parent’s farmhouse.

Helen was an active member of the First Baptist Church in Blue Rapids where she served many roles including Sunday School teacher, women’s groups, Bible School and more.  Some of Helen’s favorite activities included sewing, cooking, gardening and serving her church.

She partnered with her husband on the farm, northwest of Blue Rapids, by gardening, helping with livestock, and more. Later the two joined in a small contracting and decorating business.  She encouraged her children in music, sports and their lives in Christ Jesus. She served as sewing leader in the children’s 4H group.

She is preceded in death by her husband Howard P. Miller, parents Lester and Viola Eaken, a brother Paul Eaken, a sister Geraldine Keefover, two grandchildren, two great-grandchildren, and one daughter-in-law Kathy Miller.

Viewing is from noon to 8:00 pm, Monday, with visitation between 6:00 and 8:00 pm, at Christie-Anderes Funeral Home in Waterville.

Funeral services are at 10:00 am, Tuesday, June 21, 2022, at the First Baptist Church in Blue Rapids with Pastor Jeremy Henderson officiating.  Bre Henderson will be the musician; hymns will include “How Great Thou Art” and “Amazing Grace”.  Casket Bearers are Helen’s grandchildren.  Burial is at Prospect Hill Cemetery, north of Blue Rapids.

Memorials are suggested to First Baptist Church and may be sent in care of Christie-Anderes Funeral Home at PO Box 61, Waterville, Kansas 66548.

To order memorial trees or send flowers to the family in memory of Helen Miller, please visit our flower store.
Send a Sympathy Card