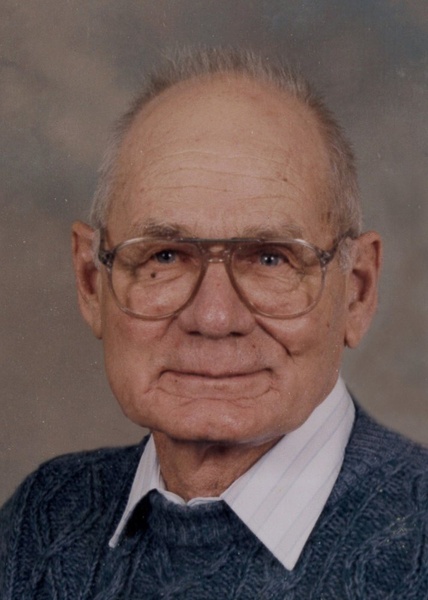 Glenn Dale Stockwell, Jr. began the journey home to his beloved Leota and the heavenly hosts on June 9, 2018. Glenn was born May 6, 1925 near Larned, Kansas, to Glenn Dale Stockwell, Sr. and Grace Wilhelmina (Buchheim) Stockwell. He dated the love of his life, Leota (Bohnenblust) Stockwell, of Bala, Kansas for the first time on February 14, 1948--seventy years ago. Glenn and Leota were married May 6, 1948 in Randolph.

Perhaps the best embodiment of the state of Kansas that we will ever meet, Glenn Stockwell was at once stoic and compassionate, stubborn and humble, intellectual and salt of the earth. Together with his partner Leota, he built a family with such a wealth of love and a generosity that kept the family growing, far beyond biological limits. Family and the love and peace he found in his marriage were integral to who Glenn was. Quietly, but purposefully, Glenn made sure that every grandchild, cousin, and friend felt loved and included.

Glenn found his passion in the construction industry. He joined the Hensel Phelps Construction Company on a large construction project on Fort Riley. Construction was a perfect match for Glenn’s intellect and work ethic. When asked by Hensel Phelps to work on terminals on the new Dallas Fort Worth International Airport, Glenn followed the work and rose to construction foreman. Other projects with Glenn’s stamp include the Laramie River Station power plant at Wheatland, Wyoming; the Denver Performing Arts Complex; Presbyterian Manor-Emporia; and the Chemistry/Biochemistry and the American Institute of Baking buildings at Kansas State University. Glenn’s passion inspired his sons Albert Lee and Danny to the vocation of construction. Dedicated to creating a culture of fairness, Glenn was a proud member of the United Brotherhood of Carpenters and Joiners of America union.

On Saturday, July 14, 2018, from 10:00 AM to 1:00 PM, at the family’s home, there will be a memorial celebration, Kevin Larson presiding, followed by a lunch. Glenn will be laid to rest at the Leonardville Cemetery. Arrangements will be handled by the Anderes-Pfeifley Funeral Home.

Memorials may be made to Homecare & Hospice Foundation or Life Choice Ministries and left in care of the Anderes-Pfeifley Funeral Home.

To order memorial trees or send flowers to the family in memory of Glenn Stockwell, please visit our flower store.
Send a Sympathy Card