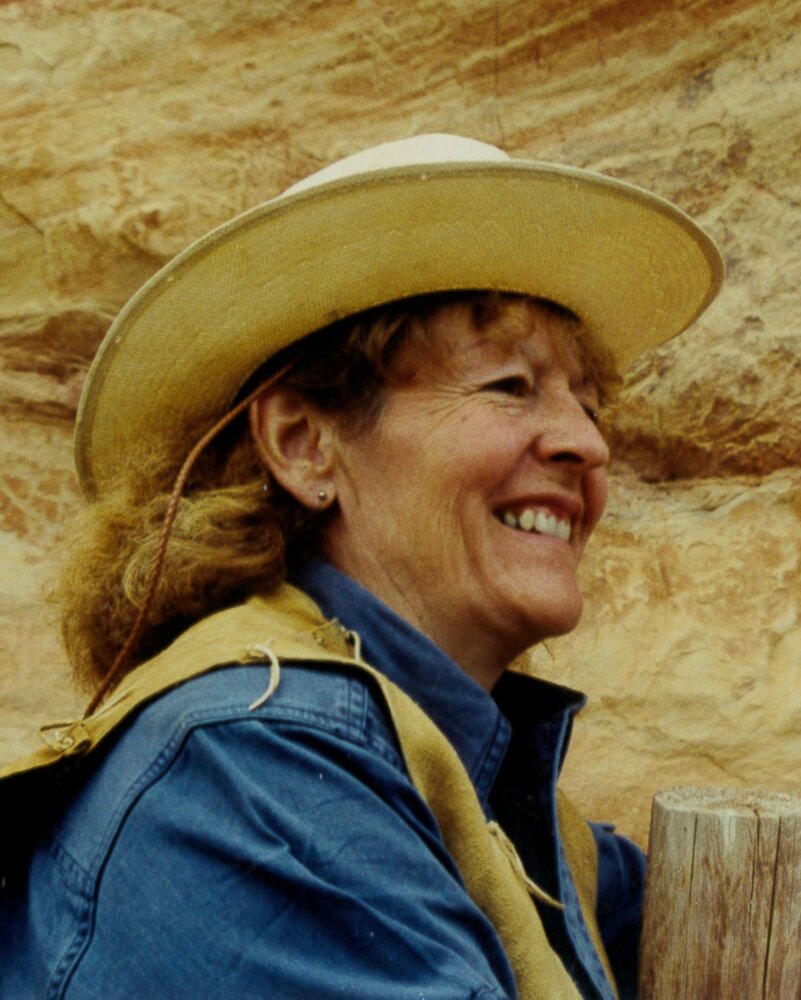 Geraldine (Geri) Kay McPherson died on Jan 21, 2022 at the Stoneybrook Memory Care in Manhattan at the age of 79.

Geri was born in Sioux City, Iowa on Sept 11, 1942 to Edwin and Lois (Kirkpatrick) Canady. The family moved a few times before settling in Redwood Falls, Minnesota. It was there that Geri grew up, attended school, and called home.

In 1960 she married Calvin Berg. From this marriage two children, Debby and Jim, were born. They later divorced.

In 1985, Geri attended a Primitive Wilderness Living and Survival Skills Rendezvous where John McPherson was teaching.

John and Geri immediately knew they were soul mates and married later that year. This couple was not only passionate about primitive and survival living skills, they lived it every day at their log cabin home located north of Randolph. Together they taught classes, wrote two books, and produced nine videos. They even trained soldiers from Special Forces on how to live off the land. They also liked to run and participated in many 5k and 10k runs throughout Kansas. They were a big influence in the Randolph community. Every afternoon they would greet one and all as they took their dog in for ice cream, annually hosted the 5th grade field trip, nurtured many youth, opened their home to visitors, and were always willing to lend a hand, including donations to anyone in need. Geri led a weekly seated Yoga class, shared her love of basket weaving, pottery, leather crafts, and horses. As busy as they were with their many projects, they treasured their grandchildren. They looked forward to their trips back to Minnesota as well as cherishing each of their visits to Kansas. Their grandchildren will attest to learning valuable life skills from their grandparents.

Funeral services will be held at 10:30 a.m. Saturday, January 29, 2022 at the Randolph United Methodist Church. The family will receive friends from 10:00 a.m. until 12:00 p.m. Friday at the Anderes-Pfeifley Funeral Home. Respect calls may be made throughout the day on Friday.

Memorials may be made to the Randolph Church Wednesday Welcome Community Service Fund. Contributions may be left in care of the Anderes-Pfeifley Funeral Home.

To order memorial trees or send flowers to the family in memory of Geraldine McPherson, please visit our flower store.
Send a Sympathy Card