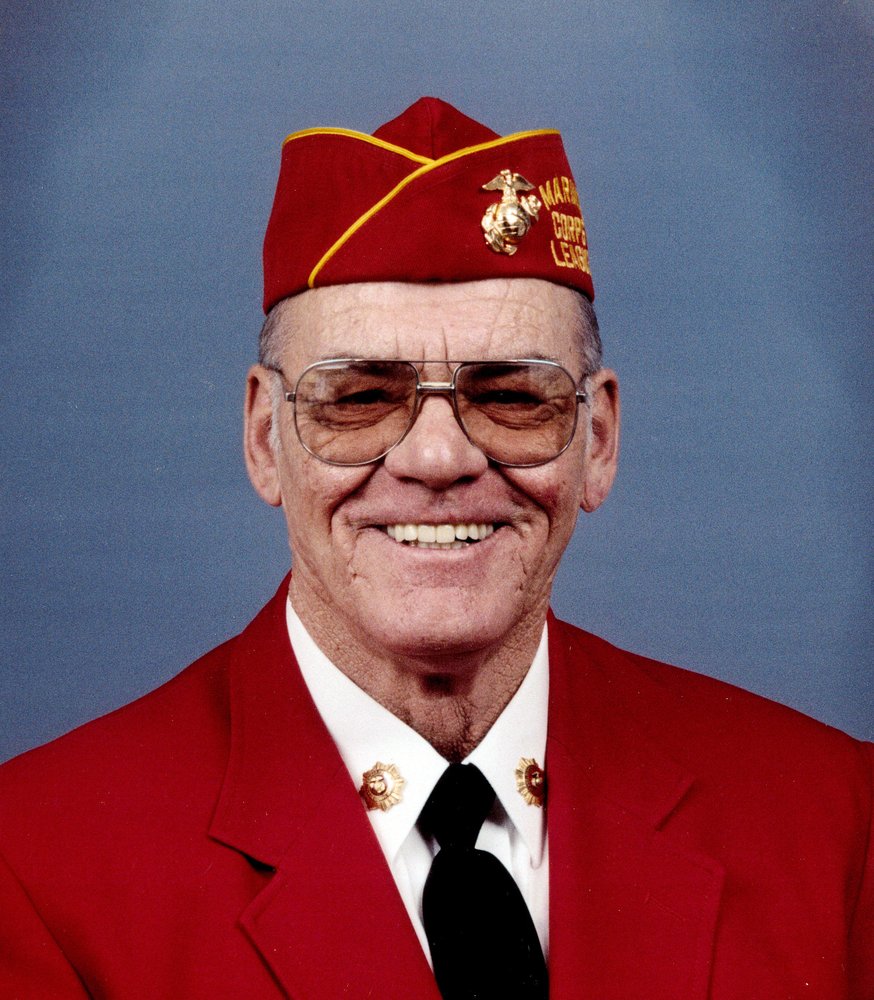 George William “Bill / Woody” Woodyard, age 87 of Riley, passed peacefully with his loving wife by his side on Thursday, February 6, 2020 at the Good Shepherd Hospice House in Manhattan. George was born November 20, 1932 at Home, Kansas to Linley Burton “LB” and Agnes Mae (Roush) Woodyard. George served in the Kansas National Guard from December 28, 1950 until June 18, 1952. He then enlisted in the United States Marine Corp on June 19, 1952 and Honorably Discharged on June 18, 1955 as the rank of Sergeant. George served his country in the Korean Conflict from January 10, 1953 until June 26, 1953. On June 29, 1958 at the First Presbyterian Church in Manhattan, he married the love of his life, Janice Edith Leipersberger. She survives of the home with 61 years and 7 months of marriage. George worked for Kansas Power and Light from 1950 until his retirement in 1987 with 37 years of service. During his early time with KP&L he served his country in the Armed Forces from December 1950 until June 1955. He was a Journeyman Lineman and retired as a Line Foreman in 1987. George always enjoyed his KP&L family. George was a member of the IBEW 304, Lifetime Member of the VFW, Marine Corp League Desert Storm, Marysville Kansas, American Legion, Fairview Presbyterian Church and the Wednesday Morning coffee group “Liars club”. He loved to camp, fish, work in the yard, check cattle and have a project in the works. In addition to his wife, he is survived by two daughters, Melissa Ann and husband Ross Wahl of Riley and Christine Lynn and husband Neil Ridgway of Carolina Shores, North Carolina; four granddaughters, Taylor Elizabeth Anglin and husband Zach of Fort Collins, Colorado, Mackenzie Mae Wahl, Abigail Applegate Wahl and Michaella Meyer Wahl all of Riley; one great granddaughter, Harper Leeann Anglin of Fort Collins, Colorado; three siblings, Edward Woodyard and wife Sharon, Rose Ann Magnuson and husband Don and Larry Woodyard all of Manhattan; several nieces, nephews, cousins and chosen family members across the United States of America. He was preceded in death by his parents; one brother, Robert Woodyard and wife Mary; one sister, Shirley Baxter; one sister-in-law, Nancy Woodyard; several nieces, nephews, great nephew and several dear friends. Funeral services will be held at 1:00 p.m. Thursday, February 13, 2020 at the Fairview Presbyterian Church with Pastor Gerry Sharp and Rev. D. Erich Schwartz officiating.  The family will receive friends from 6:00 until 8:00 p.m. Wednesday at the Anderes-Pfeifley Funeral Home. Burial with Military Honors will be in the Fairview Cemetery. Memorials have been established for the Fairview Presbyterian Church and the Good Shepherd Hospice House.  Contributions may be left in care of the Anderes-Pfeifley Funeral Home.
To order memorial trees or send flowers to the family in memory of George W. Woodyard, please visit our flower store.
Send a Sympathy Card