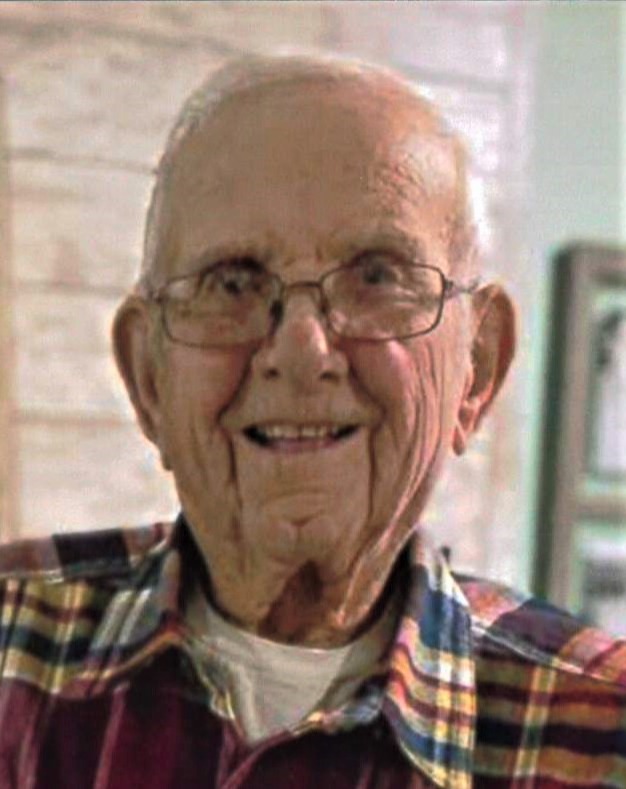 Gene Madison Ruthstrom, age 86 of Leonardville, passed away on August 5, 2022, surrounded by his family.
Gene, known to many as “Chick”, was born on October 7, 1935, in Leonardville, Kansas.  He was the son of Harry and Olive (Arents) Ruthstrom.  He grew up on the family farm west of Leonardville, with one sister and three brothers.
He married the love of his life, Mary Lou Peterson on October 14, 1955.  She preceded him in death on February 4, 1995.
Gene was a member and treasurer of Clay Center Chapter #180 Order of the Eastern Star, a member of Clay Center Masonic Lodge #134, Leonardville Lions Club, and St. Paul’s Episcopal Church.  He had a wonderful sense of humor and was known to be very ornery at times.  Gene cherished his friends and enjoyed hanging out with them at Fritz Oil.  He had a passion for farming and loved to disc up the ground and stir up the dirt.  He loved watching the wheat wave every summer with Mary Lou and reminisced that it looked like the ocean.  He raised feeder pigs, sows, and loved seeing new calves being born.  He proudly farmed to the age of 85.
In his early days, Gene was a dairy farmer, worked at Hutchinson Royal, Farmers Coop, and Moorman Feed.  Later, he worked at the Manhattan Sale Barn and Veterinary Medicine at Kansas State University, where he retired.
Gene is survived by two sons, Larry Ruthstrom, Leonardville, KS, and Terry (Chandra) Ruthstrom, Leonardville, KS; one sister-in-law, Doris Ruthstrom, Leonardville, KS;  grandchildren, Dillon (Amanda) Ruthstrom, Leonardville, KS, and Danelle (Sheldon) Koppes, Clay Center, KS; six great-grandchildren; and many special nieces and nephews.
He was preceded in death by his parents, his brothers Harry Ruthstrom, Jr., DeWayne Ruthstrom, and Dean Ruthstrom; his sister Donita Sherman; and his granddaughter Ashleigh.  Later in life, he married Sandy Creach who preceded him in death.
In lieu of flowers, memorial contributions can be made to Leonardville Pride and left in care of the Anderes-Pfeifley Funeral Home.
Funeral services will be held at 10:30 a.m. on Wednesday, August 10, 2022, at the St. Paul’s Episcopal Church in Clay Center, with Fr. Rex Matney officiating.  The family will receive friends from 6:00 to 7:30 p.m. on Tuesday, August 9, 2022, at the Anderes-Pfeifley Funeral Home in Riley.   Burial will be in the Leonardville Cemetery.
To order memorial trees or send flowers to the family in memory of Gene Ruthstrom, please visit our flower store.
Send a Sympathy Card